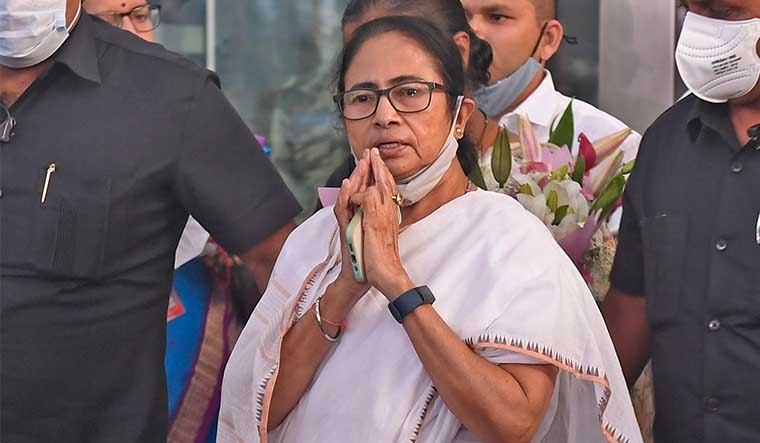 The BJP Mumbai secretary Vivekanand Gupta has filed a complaint before a magistrate court in Mazgaon seeking that it direct the Cuffe Parade police station to register an FIR against West Bengal CM Mamata Banerjee for disrespecting the national anthem while at an event in Mumbai this month.

The BJP office-bearer further stated that she abruptly stopped singing it and left the venue. He said the video of this was broadcast on a news channel and that after viewing it, it was evidently clear to him that she had shown utter disrespect to the national anthem. She committed an offence under a provision of the Prevention of Insults to National Honour Act, he stated.

The complaint further said that she is an MLA and the CM of West Bengal and had sung it incompletely. On the same day he sent a letter to the city police commissioner to register an FIR against her and then sent one complaint to the Senior Inspector of Cuffe Parade police station, he said and since no action was taken, he had to approach the court.