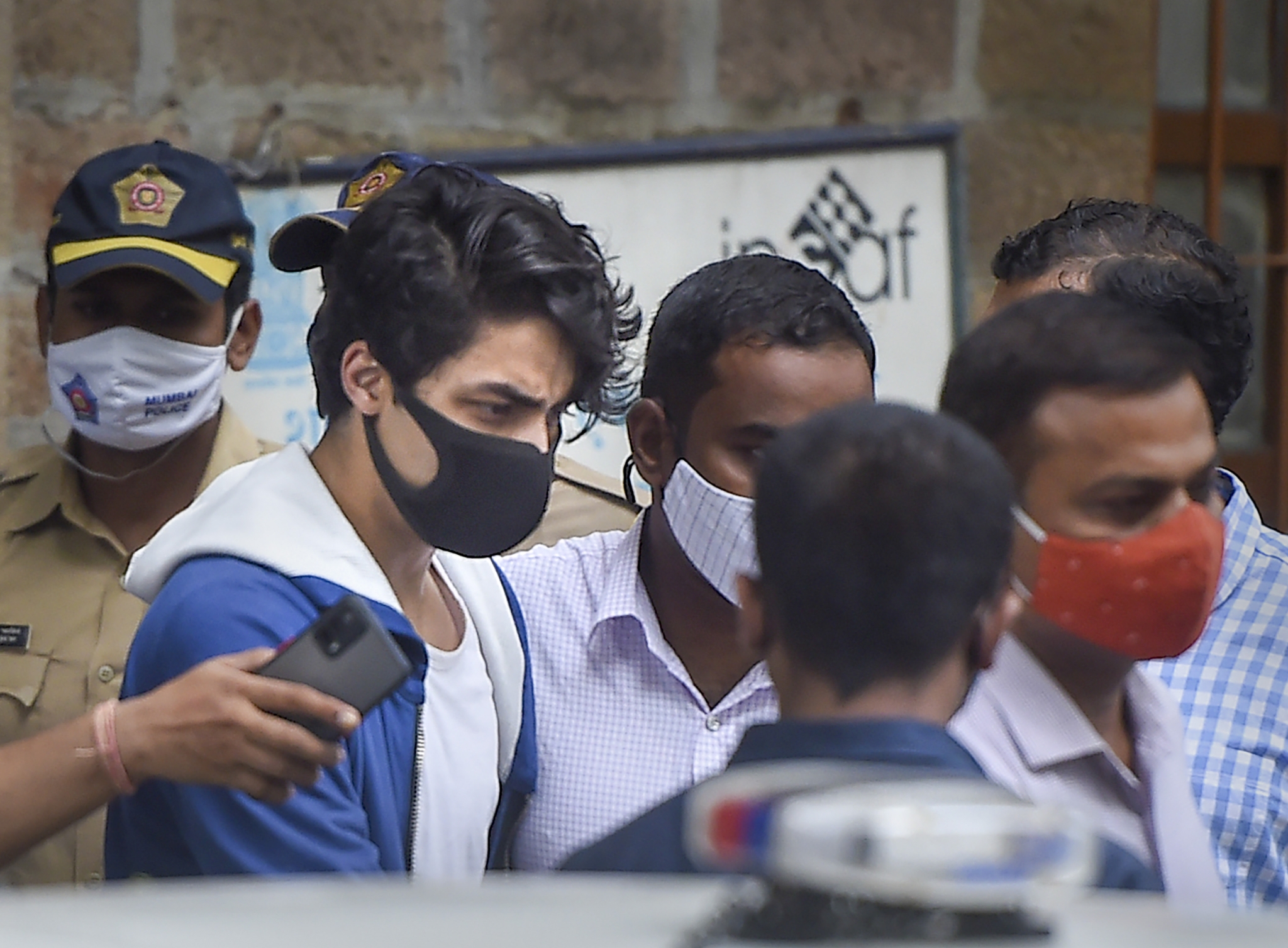 After the special court on Wednesday afternoon rejected bail applications of Aryan Khan, Arbaaz Merchant and Munmun Dhamecha for their alleged involvement in the Mumbai cruise drugs bust case, the three acussed are likely to move Bombay High Court today itself.

When the matter was called out for order in the afternoon, special judge Patil said, "Rejected."

The trio was arrested on October 3 by the Narcotics Control Bureau (NCB) for alleged conspiracy, possession, consumption, purchase and trafficking of drugs.

The trio is presently in judicial custody. While Aryan Khan and Merchant are lodged at the Arthur Road prison in Mumbai, Dhamecha is lodged at the Byculla women's prison.

Aryan Khan had in his bail plea said the NCB's contention that he was involved in conspiracy and illicit drug trafficking was absurd, and pointed out that there was no recovery of drugs made from him.

The NCB, however, opposed the bail plea and said Aryan Khan had been consuming drugs for a few years now and was in touch with some persons who appear to be a part of an international drug network for procurement of drugs.

The NCB had argued that although there was no recovery from Aryan Khan, the recovery of six grams of Charas from his friend Arbaaz Merchant points to conscious possession by Aryan Khan.