The Supreme Court on Friday reserved its decision on a case filed by activist lawyer Anjali Bhardwaj, seeking details of a controversial 2018 meeting of the Supreme Court collegium.

New Delhi: The Supreme Court on Friday reserved its decision on a case filed by activist lawyer Anjali Bhardwaj, seeking details of a controversial 2018 meeting of the Supreme Court collegium.

The system is “most transparent,” said a bench of Justices M R Shah and C T Ravikumar, noting not to derail a system that is working. It said let the collegium do its job. “It has become a fashion for former members of the collegium to comment on the decisions.”

Lawyer Prashant Bhushan, appearing for the petitioner asked, “Are the decisions of the collegium answerable under RTI? That's the question. Don't the people of this country have the right to know?"

He wanted all correspondence between the chief justice of India and the government to be made available to the public.

“We are not backing down. Many verbal decisions are taken,” the judge said while reserving the decision.

In July, the Delhi High Court had dismissed the appeal seeking the agenda, minutes and resolution of a Supreme Court Collegium meeting on December 12, 2018. Before that, the request had been turned down on multiple levels, including the Central Information Commission (CIC).

Bhardwaj, in her petitions, had cited an excerpt from the autobiography of former Chief Justice of India Ranjan Gogoi, titled 'Justice for the Judge', in which he mentioned that the collegium in its December 2018 meeting had agreed to recommend the names of Justice Pradeep Nandrajog, who was then the Chief Justice of Rajasthan High Court, and Justice Rajendra Menon, the then Chief Justice of Delhi High Court, for the Supreme Court.

According to the book, the decision was put on hold as the news of the elevation of two chief justices was leaked and a new collegium, in its resolution dated January 10, 2019, did not approve names of Justice Nandrajog and Justice Menon for elevation. 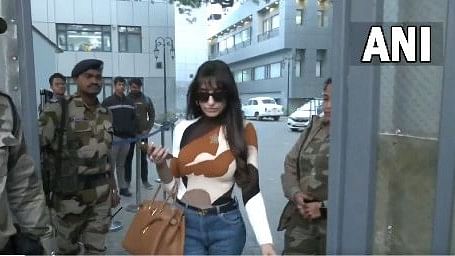