Senior counsel Sudhir Nandrajog urged the court to suspend the former CM's sentence of four years, claiming that he has already sent five years in prison in connection with the case

New Delhi: The Delhi High Court on Thursday called for the jail record of former Haryana Chief Minister Om Prakash Chautala in connection with his conviction and four-year sentence in a disproportionate assets (DA) case.

Justice Yogesh Khanna issued notice to the Central Bureau of Investigation on Chautala's challenge to his conviction and sentencing in the matter as well as on his plea for suspension of the sentence imposed by the trial court.

Senior counsel Sudhir Nandrajog urged the court to suspend the former CM's sentence of four years, claiming that he has already sent five years in prison in connection with the case.

"Let me call for the nominal roll. I will give a short date," said the judge and the case was listed for further hearing on July 25.

The senior lawyer challenged the trial court order on the ground that the trial and the conviction were based on two different quantum of disproportionate assets.

He also contended that the trial court delivered the verdict without deciding the objections raised by the defence during trial.

On May 27, Special Judge Vikas Dhull had convicted Chautala and awarded a four-year jail term to him while also imposing a fine of Rs 50 lakh on the convict in the case of acquiring disproportionate assets from 1993 to 2006.

The trial court had also directed the authorities concerned to confiscate four of his properties.

While convicting Chautala, it had said the accused had failed to satisfactorily account for such dis-proportionality by proving his source of income or means by way of which, he acquired assets during this period.

The CBI had filed the case in 2005, and a charge sheet was filed on March 26, 2010, accusing him of amassing assets disproportionate to his legitimate income, between 1993 and 2006.

According to the CBI's FIR Chautala, while functioning as chief minister of Haryana during the period from July 24, 1999, to March 5, 2005, in collusion with his family members and others, accumulated assets, immovable and movable, disproportionate to his known lawful sources of income, in his name and in the names of his family members. 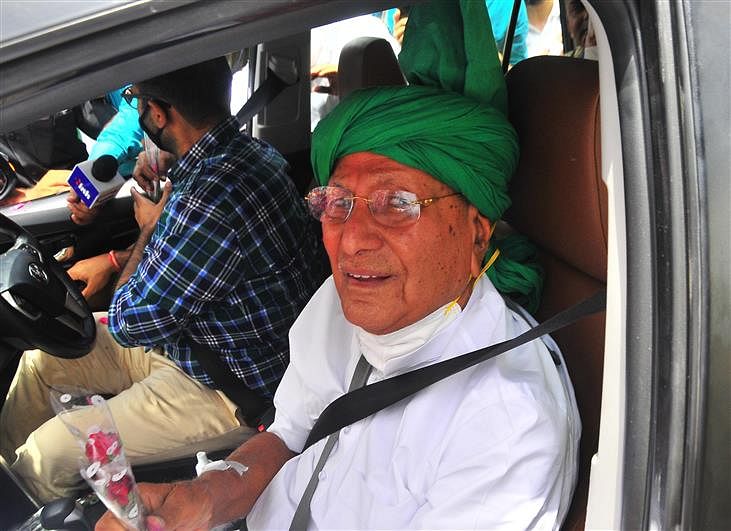