New Delhi: A Delhi court on Thursday reserved for later in the day the order on a plea filed by chair of Amnesty International India Board member Aakar Patel against a Look Out Circular (LOC) issued against him in a case of alleged violation of the Foreign Contributions Regulation Act.

Additional Chief Metropolitan Magistrate Pawan Kumar reserved the order after hearing arguments from the lawyers appearing for Patel and the CBI. During the arguments, the CBI opposed the application saying there was likelihood of Patel fleeing from justice if he was allowed to leave the country.

The CBI said that Patel was highly influential.

"We are not demanding for arrest. We are saying he should not cross the country," the agency said.

The court noted the CBI submission that the investigation was continuing since 2021, and said if Patel was a flight risk, he would have been arrested.

"He could have ran away during the investigation also then," the court said.

Patel's counsel opposed the CBI's contention, claiming that "citizens rights are being railroaded by the agency".

"It is time that we send a suitable reply to law enforcement agencies and society," he told the court.

Patel's application has further sought the court's permission to visit the US to "take up his foreign assignment and lecture series organised by various universities" till May 30.

It submitted that Patel was stopped by immigration authorities at the Bangalore International Airport on Wednesday while he was boarding a flight to the US.

The application claimed that the action was taken despite an order by a Gujarat court granting him permission to travel abroad. 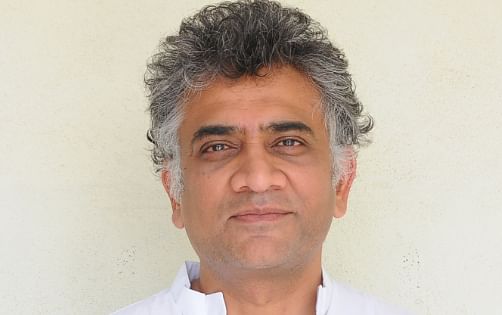