Visit the wild kingdom at Odisha 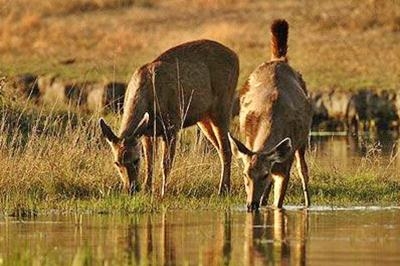 We as human beings a full of wanderlust, and especially to explore the wild. The majestic creatures who rule every inch of a forest are bound to attract you with their beauty and charisma. Some of us would go on a travel spree to spot the most amazing creations of Mother Nature.

To give you the best of your wildlife experience we take you through the parks, reserves and sanctuaries of Odisha (Orissa). They are a haven for nature lovers and offer an adventurous tour to its visitors.  The state of Odisha is renowned for being home to a number of rare flora and fauna, thick Mangroves’, and Red Silk Cotton Trees. This protected area network spreads across 6611.12 sq km. They have also given over1408 sq km of seascape to the Gahirmatha Marine Sanctuary.

It is said to be one of the most impressive wildlife sanctuaries of Asia. It has many reasons for being special. It has the amazing salt tolerant species of trees and a lush green blanket which covers the entire park. Bhitarkanika is situated at Brahmani-Baitarani of Kendrapara District and covers around 672 sq km. The wildlife sanctuary has over 215 species of birds and is inhabited by the Giant Salt Water Crocodiles. It also has other animals which include, for King Cobra, Water Monitor Lizard and Indian Python. The best time to visit here is from June to October.

The forest of Chandaka is located on the outskirts, 20 km from Bhubaneswar in the Khurda Uplands. It was assigned to be an Elephant Reserve in August 1982. The reserve spreads across 193 sq km. It started off as a rough patch but now has a stunning diversity of flora and other greens which make the place look mesmerizing. Besides the elephant you can spot leopard, chital, barking deer, mouse deer, langur, rhesus monkey, mongoose, sloth bear, wolf and hyena that also inhabit the area. If you are more of the bird watcher it is advisable to come in July, however the best time to visit here is from October to May. 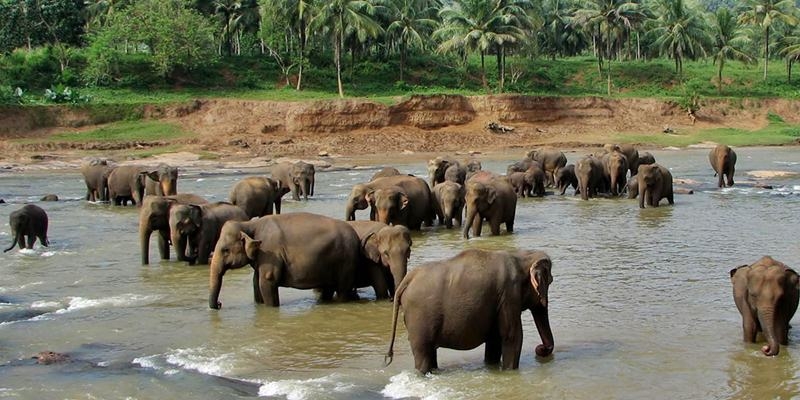 Must read: Cherish your experience at Chilka Lake

A harmonious environment of the Hirakund Lake along a deciduous forest provides an amazing habitat to the creatures of Debrigarh WildLife Sanctuary. It is on the Barapahad hills in Baragarh District and is 50 km from Sambalpur which is the nearest town. The Hirakund reservoir is a popular attraction among tourists for the waterfalls which roar in the monsoon. Due to the diversity of this sanctuary there has been a rise in mugger crocodiles and freshwater turtles. Besides migratory birds you can also spot the tiger, leopard, sloth bear, chital, sambar, and nilgai. 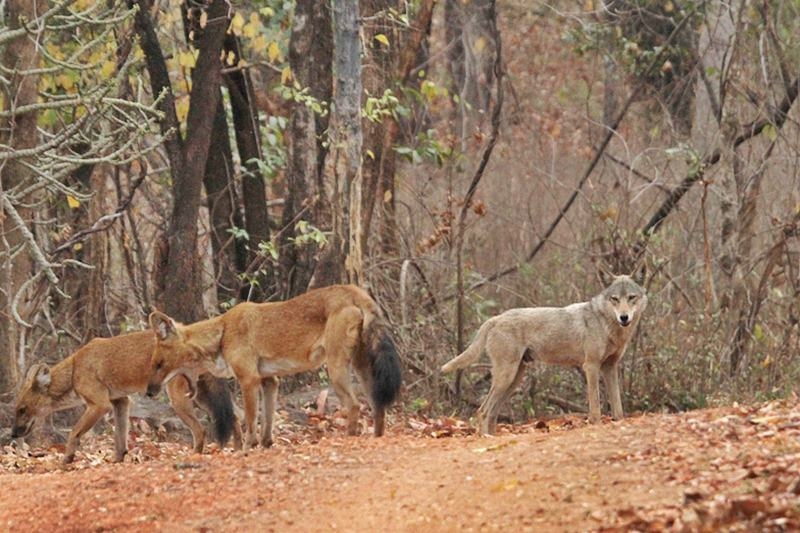 It is quite close to Bhubaneswar, amidst Chandaka forest. The park has a significant botanical garden which is immensely enjoyed by tourists and is therefore named ‘Garden of Pleasure’. It is encompassed by the Kanjia Lake on some of its parts which is a visual treat in itself. A large number of reptiles can be spotted crawling over the surface of this park. You can be awestruck if you happen to spot the Sangal Lion, Asiatic Lion or Nilgiri Langur.

It has been christened due to the abundance of semul or Red Silk Cotton trees which bloom on a large scale here. The park spreads over an area of 2750 sq km. It is home to animal species like the tiger, Asian elephant and Gaur. Simlipal Tiger Reserve is considered to be the best for taking care of tigers in India and falls under Project Tiger. It is situated in the centre of Mayurbhanj District. The fauna here includes tiger, leopard, elephants, bison, sambar, porcupine, pangolin, flying-squirrel, hill myna, hornbill and pythons. It is advisable for tourists to take an anti-malarial drug while carrying out an expedition here.

It is also known as Badrama Sanctuary and is at Yavatmal, Odisha and covers an area of 304 sq km. The sanctuary has a dense deciduous forest by the Wardha and Penganga rivers and is one of the smaller sanctuaries in Odisha. The fauna is quite similar to the other parks which include tigers, leopards, panthers, sloth bears and elephants in addition to the sambal, gaur, chital and nilgai. 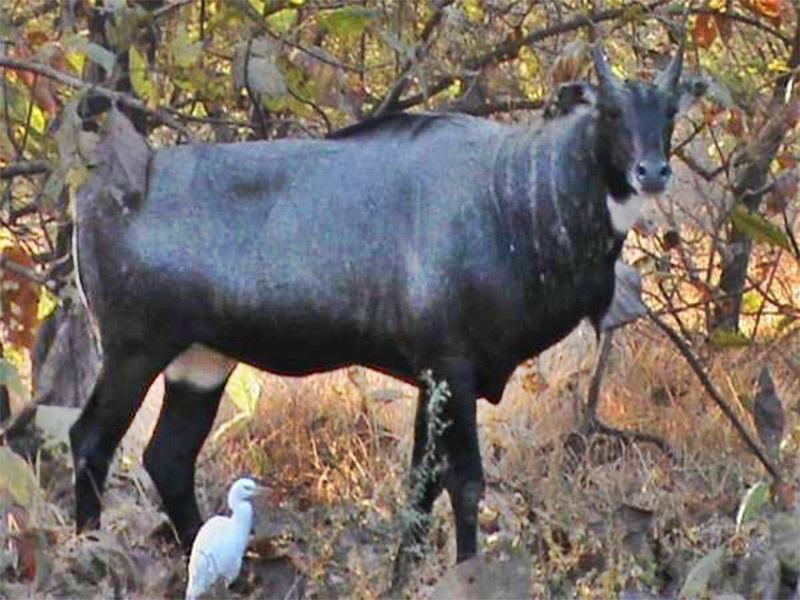 This is yet another popular sanctuary among tourists where the Mahanadi (river) cuts the Sal trees in Tikarpada. The scenery here is epic for the various hues emitted by the trees and shrubs. The sanctuary offers boating, white water rafting, fish angling and treks through the dense forests making it a thrilling experience. The Saptarshi and Raghunath temples within the vicinity are also worth a visit. Spotting a tiger is rare for now but you will surely find the Indian adjutant stroke, red jungle fowl and Indian pitta. Tikarpada is located around 120 km from Dhenkanal and 58 kms from Angul. 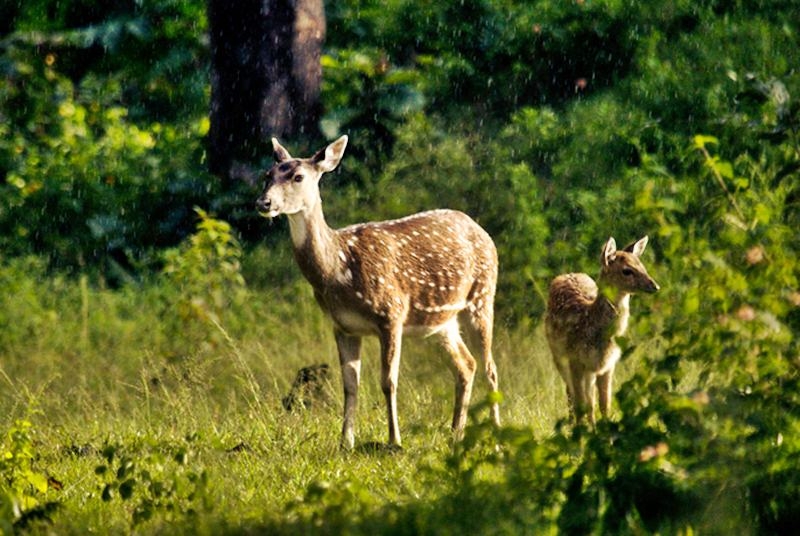 “One can measure the greatness and the moral progress of a nation by looking at how it treats its animals”- Mahatma Gandhi.

Free press Journal requests its readers to be the voice of the wild and protect them from becoming homeless just as we would protect our own kind.