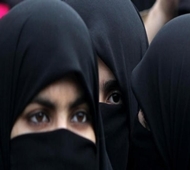 “A number of women have reportedly been victims of what appear to be discriminatory decisions taken by Sharia councils and that is a significant concern. There is only one rule of law in our country, which provides rights and security for every citizen,” May said.

The review will be led by Professor Mona Siddiqui, an expert in Islamic and inter-religious studies from the University of Edinburgh. “It’s a privilege to be asked to chair such an important piece of work. At a time when there is so much focus on Muslims in the UK, this will be a wide-ranging, timely and thorough review as to what actually happens in sharia councils,” she said.

They will be advised by two religious and theological experts – Imam Sayed Ali Abbas Razawi and Imam Qari Asim.

The UK Home Office said that it would not be a review of the “totality” of Sharia law, which is a source of guidance for many Muslims in Britain.

It would examine the role of particular groups and Islamic authorities, and the role of Sharia councils and Muslim arbitration tribunals. The panel would also look at divorce, domestic violence and custody cases.