The ‘g’ of Stock Valuation 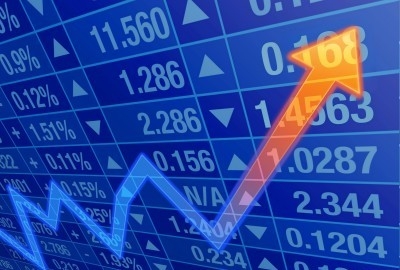 Everything; for the current value of an equity share is nothing but the sum of its future earnings, adjusted for the fact that you are going to get these earnings over time, not immediately; so the earnings are duly discounted/reduced. Note that I am not talking of the market price. That is a different thing altogether. The simple thumb rule then is : if the current value is more than the price, then buy the equity share; and vice versa.

As we said above, ‘g’ is the rate at which the company’s earnings are expected to grow in future; ‘expected’ is the key word here. We do all sorts of fact finding to base our expectations on. But expectation is expectation. We are talking about something in future. And the only clue to the future is the past – if something has happened in a certain way in the past, we assume that it will happen more or less that way in future. Of course, we are not so naïve. So we do all sorts of corrections of our projections, based on the present. But the corrections again are based on our past experience; if an event x has affected future in a certain way, we assume that it will affect in future too the same way. So, at the end of the day, in spite of all our care to not let our past guide our future, we end up just letting that happen. The reason is simple : there is no other practical way in which we can predict future. And it works, most of the time. Except when there is a paradigm change – what I call a ‘tectonic shift’.

That is exactly what I want to discuss today. According to observers at the McKinsey Global Institute, our calculations of ‘g’ may go off the mark in the coming decade or probably decades (yes, ‘g’ is applied to earnings stream over a long period of time) as between now and 2025, the corporate profit pool could decrease from 10 % of global GDP to about 7.9 % – practically reverting to its level before the boom began about three decades back.

This is not expected to happen uniformly across the globe, though. Obviously it will be truer of those economies that participated in the boom to a greater extent; the downturn will impact less those that had a smaller share in the cake. From 1980 to 2013 global corporate after-tax operating profits grew 30% faster than global GDP; today they stand at about 9.8% of global GDP, up from 7.6% in 1980. Corporate net income grew more than 50% faster than global GDP, from 4.4% of global GDP in 1980 to 7.6% in 2013. North American and Western European companies captured more than half of the global profits.

Although the about turn has come partly as a result of the rise of the emerging markets, it does not mean that the waning of the developed economies will not have an impact on the former. It is not likely to be a simple re-distribution of the profit share – the share of the developed economies decreasing and the share of the emerging economies increasing. That will definitely happen. But the entire loss of the former may not be the gain of the latter. The slowing down of the American and Western European economies is likely to place constraints on the growth of the emerging economies, on account of the market connectivity. Here again, it is not just the direct market linkages that matter but also the indirect linkages : like, say, impact of profitability in US on the economic activity in Brazil; and the impact of declining incomes in Brazil on Indian companies. We have already seen this play of the secondary impact in case of the slowing down of China. Therefore the effect of this phenomenon on the companies in countries like India cannot be a foregone conclusion either way. A clearer picture can emerge only as individual linkages run their course.

The withering of western multinationals can be considerably painful given their size. Just by way of an illustration of their footprint in global economy : Walmart’s profits are comparable to Botswana’s GDP, and its workforce is bigger than the population of Latvia or Slovenia. Exxon Mobil’s profits are the same as Bolivia’s GDP. At nearly $750 billion in early 2015, Apple’s market capitalization was almost as large as the whole of Russia’s stock market; and so on.

Why the shift ? First let us see why the profits rose; for that will give us a clue to why they are likely to decline going ahead from here. One, the 80s and the 90s saw a global movement towards deregulation; starting from the western economies it spread to the emerging economies. Vast swaths of industry, from automobiles, basic materials and telecom to transportation and utilities – all capital intensive but profit rich, were thrown open to the private sector. Two, around the same time a huge wave of urbanization and industrialization in emerging markets led to the growth of the global consumer class and created new markets for the Western. Three, falling labor costs, higher productivity of both capital and labor and falling technology prices created unprecedented opportunities for reducing costs.

Now the markets have peaked out and the costs have bottomed out. Both the developed and emerging markets have run their course; further growth can come only slowly. The populations are aging and the higher incomes of the last three decades have jacked up the wages. To top it all, the big players are now emerging from outside the US and Europe. For example, the world’s three largest makers of domestic appliances are Chinese : Gree Electric Appliances, Midea Group, and Qingdao Haier. So are the three largest banks : Industrial and Commercial Bank of China, China Construction Bank, and Agricultural Bank of China. The Indian telecommunications firm Bharti Airtel has about 310 million subscribers worldwide—more than the populations of France, Germany, the United Kingdom, and Spain combined.

So keep a close watch on the ‘g’; its future movement is still a guess.