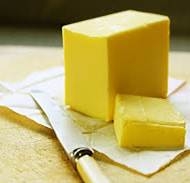 Washington D.C: For years, we have been told to cut back on animal fats, such as butter, and replace them with vegetable oils and now, a recent study has suggested that the move might not be as healthy as previously believed.

The findings add to doubts around the widely held belief that vegetable oils rich in linoleic acid are good for heart health.

The team, led by Christopher Ramsden at the National Institutes of Health and University of North Carolina, set out to re-examine this hypothesis by analysing recovered data from a large randomized controlled trial that took place 45 years ago.

The Minnesota Coronary Experiment (MCE) followed 9,423 participants from state mental hospitals and a nursing home for up to four and a half years.

As expected, the diet enriched with linoleic acid lowered cholesterol levels, but this did not translate to improved survival. In fact, participants who had greater reduction in blood cholesterol had higher, rather than lower, risk of death.

In a linked editorial, Lennert Veerman, senior lecturer at the University of Queensland, says: “The benefits of choosing polyunsaturated fat over saturated fat seem a little less certain than we thought.”

He points to some study limitations that could have influenced the results, and suggests that “a careful review of the evidence that underpins dietary recommendations is warranted.”

The study is published by The BMJ.