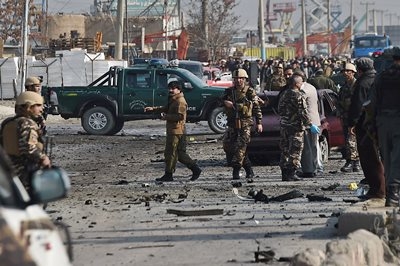 Kabul: At least six people were killed and 10 injured when a suicide bomber blew himself up in Afghanistan’s Logar province on Thursday, an official said. “A suicide bomber driving an explosive-laden vehicle blew it up next to a base of special police force in Pul-i-Alam town today (Thursday), killing himself and six others including three civilians,” Xinhua quoted General Abdul Raziq as saying. Officials have blamed Taliban militants for the attack. The Taliban has yet to claim responsibility.