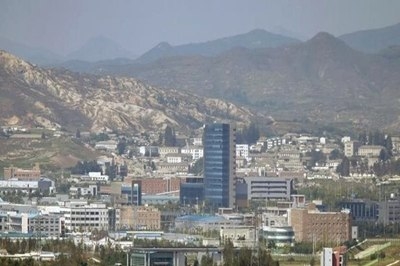 Seoul: South Korea would suspend all operations at a jointly-run industrial park in North Korea to punish Pyongyang for its latest rocket launch and nuclear test. It was the first time Seoul had suspended operations at the Kaesong estate since it opened in 2004 as a symbol of cross-border reconciliation.

“We have decided to stop all operations at the Kaesong Industrial Complex so that… our investment in the complex would not be used by the North to fund its nuclear and missile development,” Hong Yong-Pyo, Seoul’s unification minister in charge of cross-border affairs, told a press conference today. The Seoul-funded estate, just 10 km (six miles) across the border in North Korea, has been a source of precious hard currency for the isolated and impoverished North since its opening.

It currently hosts 124 South Korean companies that operate factories there and employ some 53,000 North Korean workers. South Korea’s government and companies over the years have invested more than one trillion won (USD 837 million) in the project, Hong said, adding some of the money appears to have been used to fund Pyongyang’s widely-condemned nuclear weapon and missile programmes.

“All our support and efforts… were taken advantage of by the North to develop its nuclear weapons and missile programmes,” he said. All South Korean managers currently working at the site, totalling 184 as of today, would be summoned home, Hong said, adding Seoul had notified the North of the decision.

“We ask for people’s understanding about our decision, which was inevitable given the grave situation on the Korean peninsula,” he said. Seoul imposed partial restrictions on entry to the complex last month following the North’s shock nuclear test on January 6, its fourth since 2006. Pyongyang followed up on Sunday with a long-range rocket launch seen by Washington and its allies as a disguised ballistic missile test, banned under UN resolutions. This week the UN Security Council strongly condemned the rocket launch and agreed to move quickly to impose new sanctions on North Korea.