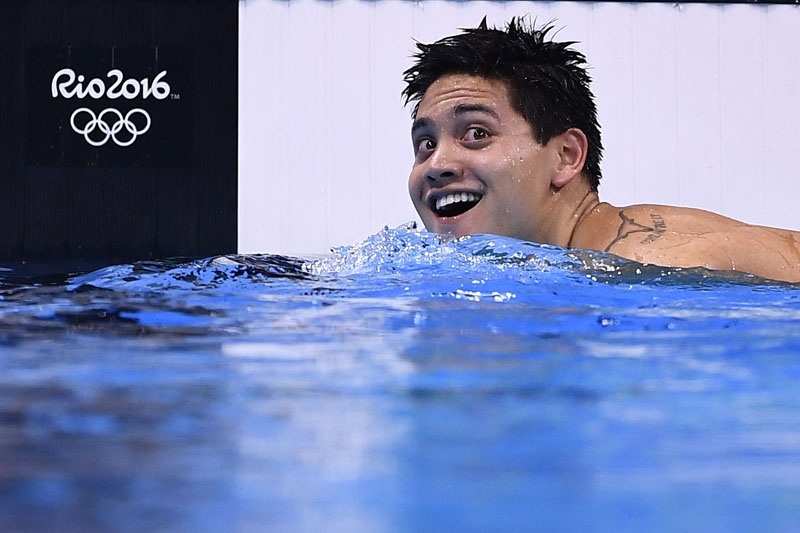 Joseph Schooling sensationally upset Michael Phelps in the 100m butterfly to seize Singapore’s first ever Olympic gold medal at the Rio Games. The 21-year-old Asian champion denied Olympic icon Phelps a fourth straight victory in the event, leading from start to finish to win in an Olympic record of 50.39sec.

Phelps, sixth at the turn, couldn’t pull off one of his trademark comebacks, but he had plenty of company on the second step of the podium as his longtime rival Laszlo Cseh of Hungary and South African Chad le Clos both matched his time of 51.14sec in an astonishing three-way tie for silver.

The only other three-way tie for Games silver came back in 1968, in the women’s speedskating 500m. “It’s wild,” said Phelps. “Chad and I have had some races over the last four years and Laszlo and I – I can’t even remember when I first raced him… so it’s kind of special and a decent way to finish my last individual race.”

The tie with Phelps was the closest Cseh has come to the US star in Olympic competition. In three prior Games the Hungarian had claimed five medals, all silver or bronze in races won by Phelps. Phelps’s rivalry with Le Close blossomed more recently, at the 2012 London Games where the South African beat Phelps in the 200m butterfly only to fall to him in the 100m fly.

Victory in Friday’s fly would have given Phelps a 14th individual Olympic title, but Schooling was too strong. He punched the water and bellowed as Phelps swam over to congratulate him. “He said ‘good job, that was a great race’,” Schooling said. “I told him to go four more years and he said ‘No way.’ “Hopefully he changes his mind. That was fun. I like racing Michael.”