Refugee sets herself alight at immigration camp on Nauru 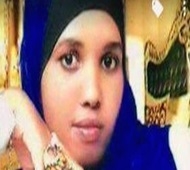 Canberra: A Somali refugee was critically injured when she set herself on fire at an Australian  immigration camp on the Pacific island nation of Nauru three days after an Iranian refugee died of injuries sustained in a similar apparent protest, officials said. The 21-year-old woman was flown 4,500 kilometres from  Nauru to the Australian city of Brisbane today after setting  herself on fire yesterday, the Nauru and Australia governments said. A 23-year-old man died in the same Royal Brisbane Hospital  on Friday after setting himself alight two days earlier in an  apparent protest over Australia’s strict asylum seeker  policies.

His actions were a protest intended to coincide with a  visit to the island by representatives of the UN refugee  agency, Nauru’s government said. “Both patients have received the utmost care, treatment  and consideration both in Nauru and in Australia,” Australian  Immigration Minister Peter Dutton told reporters. Refugee Action Coalition spokesman Ian Rintoul said that  in November the woman had suffered serious head injuries on Nauru and had been flown to Brisbane for treatment.

She was among three refugees who were taken from a  Brisbane immigration detention centre where she was  recuperating on Wednesday last week and flown back to Nauru,  Rintoul said.  “She was on 24-hour mental health watch because of a  number of attempts at suicide inside the Brisbane Immigration  Transit Accommodation,” Rintoul said. “It raises particular  questions about the duty of care.”

Australia refuses to accept asylum seekers who try to  reach its shores by boat and pays Nauru and Papua New Guinea  to hold them in immigration camps instead. The divisive policy has faced fresh criticism in the wake of the man’s death and a court decision last week that dubbed Australia’s detention of asylum seekers on Papua New Guinea’s  Manus Island as unconstitutional.Papua New Guinea’s Prime Minister Peter O’Neill said he  would close the Manus centre after the island nation’s Supreme  Court ruled that detaining asylum seekers and refugees there  was a violation of their constitutional right to personal  liberty.