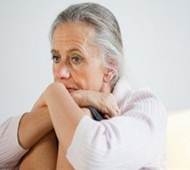 New York: A team of US researchers has found that hormone therapy, when taken within six years of menopause, may slow the progression of subclinical atherosclerosis — the primary underlying pathway that leads to heart disease and stroke.

The findings suggest that after a median of five years of hormone therapy, women in the early post-menopausal group who were taking estradiol, showed significantly less rate of blocked arteries — a condition that can lead to heart disease and stroke, when measured against those taking the placebo.

“Studies on hormone therapy and vascular degeneration, provides strong evidence that the cardiovascular benefits of hormone therapy are dependent on timing of initiation,” said Howard N. Hodis from Keck School of Medicine at the University of Southern California in the US.

The team conducted a study, published in the New England Journal of Medicine, Early versus Late Intervention Trial with Estradiol (ELITE) in over 600 post-menopausal women with no history of cardiovascular disease or diabetes.

“elite provides proof of concept and first direct evidence from human investigation that timing of hormone therapy is imperative for success in the prevention of atherosclerosis progressio,” Hodis added.

“The stratification of participants into early and late post-menopause was a unique feature of elite. We believe that applying this design to further examination of heart disease prevention could ultimately prove immensely fruitful for women’s health,” Hodis noted.

The concept of timing of initiation of an intervention is likely applicable to most preventive approaches to cardiovascular disease in women, the authors stated.