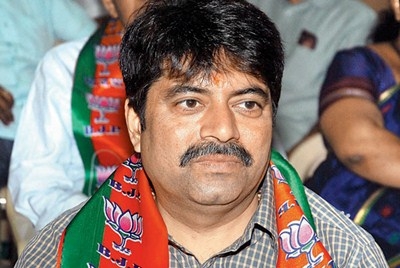 Out of total eight seats which are up for grab for the biennial election slated for December 27, Mumbai has two seats. Kotak will face Bhai Jagtap of Congress as the main opponent while Ramdas Kadam of Shiv Sena, the environment minister, is likely to sail through with his party having requisite numbers from another seat.

The quota for winning the first round of MLC election from the Mumbai seats is 75 while a total of 227 corporators in Mumbai form the electorate for the election, out of them BJP’s strength is 31. When contacted, BJP’s Mumbai unit president Ashish Shelar said nominees of his party and Sena will win the two seats from Mumbai.

“We will get in touch with other parties for support,” he said without elaborating. The eight MLCs in the biennial elections (held once in six years) are to be elected from local self-government bodies constituency. The seats are: Nagpur, Akola-Washim-Buldhana (both in Vidarbha), Solapur, Kolhapur (western Maharashtra), Ahmednagar, Dhule-Nandurbar in North Maharashtra and two seats in Mumbai.