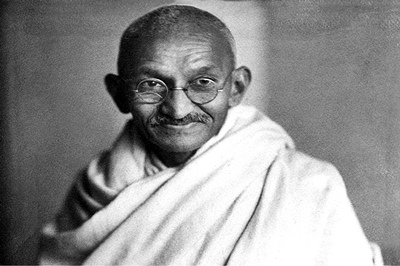 Washington: As millions across the world paid homage to Mahatma Gandhi on his 146th birth anniversary, India’s top diplomat in the US said that the country’s commitment on climate change is based on the Mahatma’s three guiding principles of ‘ahimsa, satyagraha and sarvodaya’. “Today India declared its INDCs, the Intended Nationally Determined Contributions. This day was deliberately and specifically chosen to indicate that India would take, because Gandhiji had described that we should act as ‘trustees’ and use natural resources wisely as it is our moral responsibility to ensure that we bequeath to the future generations a healthy planet,” Indian Ambassador to the US Arun K Singh said at a Gandhi Jayanti function here yesterday.

Referring to India’s announcement to make 33-35 per cent reduction in its emission intensity of GDP by 2030 from 2005 levels, and to generate 40 per cent of electricity by 2030 from non-fossil fuel, Singh said: “In all these steps that the government has taken in India, the three principles of ahimsa, satyagraha and sarvodaya remain relevant.” He said ahimsa or non-violence because the Indian government and people took their own decisions, not taking dictates from anywhere else. “That was the essential principle that we would decide what is in our interest,” he said.

“Satyagraha, because through the various discussions that were taking place, the force of truth was used. The fact that India had not contributed in any way to global warming, that emissions from India are at a very low level even today, less than two ton per capita, compared to the very high level of emissions that we see elsewhere,” he explained. “And sarvodaya – upliftment for all, because one of the binding principles here has been that we need to ensure that the poorer people in India are able to get their right to development and the ability to develop is not denied to them,” Singh asserted on the occasion of Gandhi Jayanti, which is also celebrated as the International Day of Non-Violence.

Earlier, he paid floral tributes to the statue of Mahatma Gandhi. Floral tributes were also paid by people at the different statues of the apostle of peace in various US cities – New York, Houston, Atlanta, San Francisco, and Hawaii. At Gandhi Jayanti celebrations in Atlanta organised by Friends of the Gandhi Foundation of USA, Indian-Americans mourned the death of three of their community members who were drowned during the Ganesha festival.