How does obesity take its toll on distant organs? 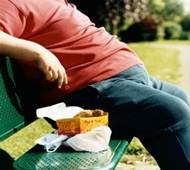 Washington: How obesity causes disease in the organs that are distant from those where the fat accumulates is not well-known. Now, a team of scientists has taken an important step towards understanding the links between obesity and the related, yet physically distant, diseases it causes.

Taru Tukiainen from Institute for Molecular Medicine Finland (FIMM), Helsinki, Finland and colleagues from the UK and US, set out to study the relationship between body mass index (BMI), a common-used way of measuring obesity and gene expression in 44 different tissue types, including some that are rarely accessible in large sample sizes, for example the brain and internal organs.

“Most tissue sampling is invasive, but we were able to use the GTEx dataset of tissues from autopsy donors, and therefore sample a far wider range than is usually possible,” Tukiainen explained, adding that this is the first time that such changes in human tissue function in response to alterations in BMI have been explored among so many body systems simultaneously.

The researchers found simultaneous changes in response to obesity in almost all the tissues studied. “These results show that obesity really is a systemic condition, and particularly a condition of systemic inflammation. Interestingly, though, the changes in tissue function appeared to be only partially shared between different types of tissues; some tissues clearly act in pairs with one half of the pair compensating for or enhancing the dysfunction of the other,” as per Tukiainen.

Although lifestyle changes are the most effective way to combat obesity, they can be hard work and difficult to maintain. Therefore the biological processes identified by the researchers may help the treatment of obesity by identifying potential drug targets, and particularly tissue-specific targets, they say.

The results may also help to distinguish groups of individual who are at higher risk of developing complications, and lead toward personalised care. The study has been presented at the annual conference of the European Society of Human Genetics.