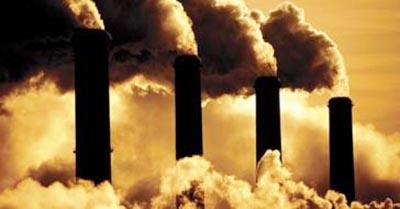 Washington: Hotter nights may actually wield much greater influence over the planet’s atmosphere as global temperatures rise and can eventually lead to more carbon flooding the atmosphere, researchers from Princeton University have warned.

Since measurements began in 1959, night-time temperatures in the tropics have had a strong influence over year-to-year shifts in the land’s carbon-storage capacity or “sink”.

Earth’s ecosystems absorb about a quarter of carbon from the atmosphere, and tropical forests account for about one-third of land-based plant productivity.

During the past 50 years, the land-based carbon sink’s “interannual variability” has grown by 50 to 100 percent, the researchers found.

“When you heat up a system, biological processes tend to increase. At hotter temperatures, plant respiration rates go up and this is what’s happening during hot nights. Plants lose a lot more carbon than they would during cooler nights,” explained associate research scholar William Anderegg.

The researchers used climate and satellite-imaging data to determine which of various climate factors — including rainfall, drought and daytime temperatures — had the most effect on the carbon sink’s swings.

They found the strongest association with variations in tropical night-time temperatures which have risen by about 0.6 degrees Celsius since 1959.

This led to Anderegg and his colleagues determine that warm night-time temperatures lead plants to put more carbon into the atmosphere through a process known as respiration.

Just as warm nights make people more active, so too it does for the plants.

Although plants take up carbon dioxide from the atmosphere, they also internally consume sugars to stay alive.

“This means that in future, climate scenarios respiration rates could increase to the point that the land is putting more carbon into the atmosphere than it’s taking out of it, which would be disastrous,” the authors pointed out.

“This suggests that tropical ecosystems might be more vulnerable to climate change than previously thought, risking crossing the threshold from a carbon sink to a carbon source,” Anderegg added in a paper appeared in the journal Proceedings of the National Academy of Sciences.