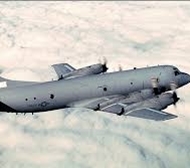 Beijing: China today angrily refuted US allegations that two of its fighter jets carried out an “unsafe” intercept of an American military aircraft over the disputed South China Sea and asked Washington to stop reconnaissance of its coastline.

“After checking with the relevant authorities what US said is not true,” Chinese Foreign Ministry spokesman Hong Lei told a media briefing here responding to question about Pentagon allegations that the Chinese planes came dangerously close to its maritime reconnaissance plane.

“On May 17, a US EP3 reconnaissance plane flew close to Hainan island of China for reconnaissance activities. Two Chinese aircraft followed and monitored the US plane in accordance with the law and kept safe distance from the US plane and did not make any dangerous moves,” Hong said.

“What the Chinese planes have done is completely professional and safe. It is worth pointing out that the US military planes frequently fly close to Chinese coastal areas for reconnaissance activities posing severe threat to China’s maritime air and security,” he said. “We ask the US to immediately stop close reconnaissance activities and prevent such things from happening again,” he said. This is the second encounter between the US and Chinese militaries in a week.

Earlier China scrambled fighter jets when a US naval ship sailed close to a disputed reef claimed by China in the South China Sea to assert its freedom of navigation in international waters.

A similar incident took place in 2014 when a Chinese plane conducted manoeuvres close to a US spy plane.

China claims sovereignty over all of the South China Sea while the Philippines, Vietnam, Malaysia, Brunei and Taiwan have counter claims.

The latest incident comes ahead of President Barack Obama’s scheduled visit to Japan and Vietnam during his Asia trip from May 21 to 28.

Details on where, when or for how long the exercises were held have not been revealed, state-run Xinhua news agency reported.