He touched my breasts over my clothing, kissed me against my will: Ex-Miss Costa Rica accuses Oscar Arias of sexual abuse 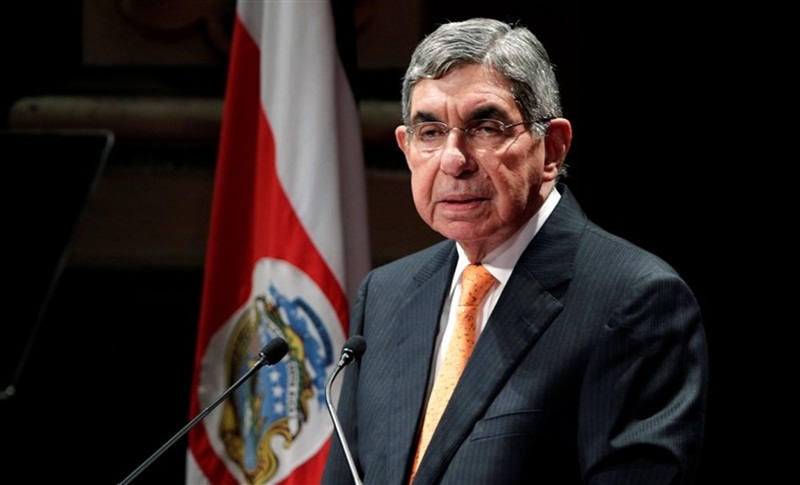 San Jose (Costa Rica): A former Miss Costa Rica has become the second woman to make a criminal complaint against Nobel Peace Prize laureate and ex-President Oscar Arias, in the latest of mounting allegations of sexual misconduct to emerge this week.

The woman alleges that Arias grabbed her, groped her and kissed her against her will at his home in 2015, according to partial photos of the complaint published late Thursday by Escri-Viendo, a Facebook page dedicated to entertainment news. Prosecutors confirmed its existence Friday, telling The Associated Press they had “received a new complaint against Mr Arias Sanchez for the presumed crime of sexual abuse.

The case accrues to the complaint filed Monday since it involves a single accused person and apparent crimes of the same nature.” At least five women have accused Arias of actions ranging from unwelcome fondling or sexual innuendo to sexual assault. In the first criminal complaint, the former president is accused of groping, kissing and penetrating a female peace activist with his fingers at his home in 2014. Arias denied wrongdoing after the initial complaint surfaced, saying he has never violated any woman’s will and has fought for gender equality during his career.

As more allegations emerged, his lawyer Erick Ramos has declined to comment further, citing the pending legal case. According to the partial images of the second complaint, the woman was invited to Arias’ home during Easter Week 2015 after he had sent her friend requests on Facebook and offered her a copy of a book he wrote. Escri-Viendo also posted an image of the book’s title page with a handwritten inscription to her signed in Arias’ name. AP policy is not to name alleged victims of sexual crimes or abuse unless they choose to identify themselves publicly.

According to the complaint, as the woman approached a closed door, Arias put himself in front of her. “He grabbed me, he forced me closer to his body, that is, we ended up body to body,” the complaint reads. “Then with one of his hands he touched my breasts over my clothing and then he kissed me on the mouth against my will,” it continues. “I withdrew. I was frozen. I did not know what to say to him. The only thing I thought to say to him was, ‘Don Oscar, I have to leave.’ I walked to the door, he did not do anything more to me or say anything else.”

In addition to the two criminal complaints, three other women have accused Arias of misconduct this week. Several hundred women gathered in Costa Rica’s capital Friday evening to support Arias’ accusers, some chanting: “To those who denounce, to those who are afraid, today we tell you, yes we believe you!”  “This is something very serious, that Costa Rican society should deal with the violence we live with every day,” said Ana Maria Rodriguez, spokeswoman of the Legal Abortion Movement in Costa Rica.

Arias was twice elected Costa Rica’s president and in 1987 was recognized with the Nobel Peace Prize for his work to end civil wars elsewhere in Central America. On Thursday his National Liberation Party announced that he was leaving the party pending an outcome of the first criminal case.