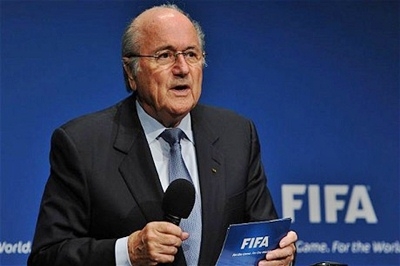 Geneva: Sepp Blatter’s 17-year reign as FIFA president could come to an inglorious end this week as world football’s corruption scandal threatens to bring down the sport’s most powerful man.

The 79-year-old Blatter was already set to quit in February next year, but having been placed under a criminal investigation by Swiss authorities, the end could come a lot sooner. Sources suggest that the veteran administrator faces an ethics committee probe this week and could even be suspended. Others predict he may even be tempted to resign with immediate effect.

Ethics committee spokesman Andreas Bantel told AFP he could not comment on individual cases, and refused to confirm reports that the committee had opened a probe against Blatter as well as UEFA president Michel Platini, who is a candidate to take over the world ruling body. But he emphasised that “if there is an initial suspicion, the Investigatory Chamber of the Ethics Committee initiates formal proceedings.” These rules apply to all people in football regardless of their position or name.”

Swiss investigators swept into FIFA’s headquarters on Friday as they turned their attention to Blatter and Platini. Authorities said a criminal investigation had been opened against Blatter on suspicion of criminal mismanagement, while Platini had come under scrutiny over a multi-million-dollar payment. Swiss prosecutors said Blatter was being investigated over the 2005 sale of World Cup television rights to the Caribbean Football Union, then run by his former ally Jack Warner, a deal which had been “unfavourable for FIFA”.

Blatter, who has denied any wrongdoing, was also suspected of making a “disloyal payment” of USD 2 million to Platini in February 2011 allegedly made for work the Frenchman carried out for FIFA between 1999 and 2002. The UEFA chief defended the payment as compensation for work he conducted under contract with FIFA, but did not explain why it arrived nearly a decade after he completed the work. Friday’s stunning developments came after months of probes following raids in Zurich which led to the indictment of more than a dozen top officials.

Jordanian Prince Ali bin al Hussein, a candidate to succeed Blatter, said the suspicions against FIFA’s veteran leader highlighted “the need for new leadership that can restore the credibility of FIFA”. Media speculation over the weekend had moved on from damning the scandal to demands for Blatter’s head to roll. “Blatter should go as quickly as possible,” said Swiss newspaper Neue Zurcher Zeitung. “It is imperative that he now at least quickly abandons ship.”

On Sunday, the SonntagsZeitung weekly wrote, citing an inside source: “If Blatter does not step down himself, he will be suspended within days”. However, a former FIFA insider, who requested anonymity, told AFP that a probe by the ethics committee did not necessarily mean Blatter would face suspension. “It is not automatic, neither for him, nor Platini,” he said. If Platini is suspended he could be barred from standing in the February 26 election to succeed Blatter. If Blatter were to be suspended, meanwhile, he would likely be forced to step down before the February vote.

Blatter was re-elected for a fifth term at FIFA’s congress in May despite the erupting scandal, but then announced on June 4 that he would stand down in February. Mark Pieth, a former FIFA reform chief, told the SonntagsBlick weekly there is a need for a “transitional president who did not grow up within the system, and who has not profited from the system.” Pieth said Theo Zwanziger, the 70-year-old former head of the German Football Association (DFB), would be the best man for the interim job since he had long been a powerful critic of the decision to award the 2022 World Cup to Qatar — a major element in corruption allegations engulfing FIFA. “If Theo Zwanziger is chosen — as I hope he will be — as a two-year interim president, he will block Qatar for labour-law reasons,” Pieth said.