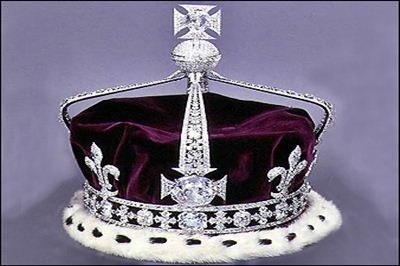 Lahore: A Pakistani court today dismissed a petition filed by a barrister seeking direction to the government to bring back the famed Koh-i-Noor diamond, which India has been trying to get from the UK for years, terming the plea as non-maintainable. Barrister Javed Iqbal Jaffry, had filed a plea in the Lahore High Court, naming Queen Elizabeth II and British High Commission in Pakistan respondents, and seeking direction to the federal government to bring the diamond to Pakistan from the British government.

Barrister Jaffry in his petition had said that the Koh-i-Noor, once the largest known diamond in the world, should be returned to Pakistan as it was cultural heritage of Pakistan’s Punjab province and its citizens owned it in fact. He had said that the UK “snatched” the diamond from Daleep Singh, grandson of Maharaja Ranjeet Singh, and took it to Britain.

“The diamond became part of the crown of incumbent Queen Elizabeth-II at the time of her crowing in 1953. Queen Elizabeth has no right on the Koh-i-Noor diamond, which weighs 105 carats and worth billions of rupees,” he had said. Hearing the plea, the Lahore High Court dismissed it terming it as non-maintainable.

The 105-carat Koh-i-Noor is one of the Crown Jewels and is now on display in the Tower of London. India has made regular requests for the jewel’s return, saying the diamond is an integral part of the country’s history and culture.

The Koh-i-Noor was mined in medieval times in the Kollur mine in Andhra Pradesh’s Guntur district. The diamond was originally owned by the Kakatiya Dynasty, which had installed it in a temple of a Hindu goddess as her eye. Reportedly, in 1849, after the conquest of the Punjab by the British forces, the properties of the Sikh Empire were confiscated.

The Kohinoor was transferred to the treasury of the British East India Company in Lahore. The properties of the Sikh Empire were taken as war compensations.It passed through the hands of various invaders and was finally appropriated by the British in 1850 during the Raj.

India has been long demanding the return of Koh-i-Noor which was owned by several Mughal emperors and Maharajas before being seized by the British. India says that Koh-i-Noor was illegally acquired and demands that it should be returned along with other treasures looted during colonial rule. When Queen Elizabeth II made a state visit to India marking the 50th anniversary of independence in 1997, many Indians in India and Britain demanded the return of the diamond.

British Indian MP Keith Vaz had called for the return of ‘Koh-i-Noor’ diamond to India ahead of Prime Minister Narendra Modi’s visit to the UK in November.