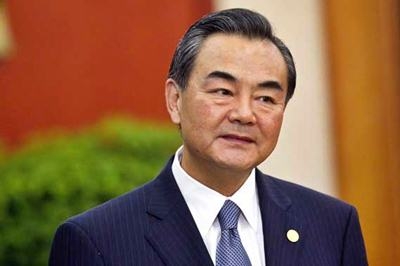 Vientiane (Laos): China scored an unequivocal diplomatic victory on Monday, preventing Southeast Asia’s main grouping from criticising it for territorially expanding in the South China Sea, even though some of the bloc’s members are victims of Beijing’s actions. After hectic negotiations, the 10 members of the Association of Southeast Asian Nations issued a watered-down rebuke that amounted to less than a slap on the wrist, and exposed the deep divisions in a regional body that prides itself on unity.

In a joint communiqué released after their talks, the foreign ministers of ASEAN said only that they ‘remain seriously concerned over recent and ongoing developments’ in the South China Sea. The statement did not mention China by name in referring to the developments.

Most significantly, it failed to mention a recent ruling by an international arbitration panel in a dispute between the Philippines and China that said Beijing’s claims in the South China Sea were illegal and that the Philippines was justifiably the aggrieved party.

China has dismissed the ruling as bogus, saying the Hague-based tribunal has no authority to rule on what Beijing calls bilateral disputes. China wants direct negotiations with the Philippines instead. The tribunal’s award “amounts to prescribing a dose of wrong medicine … and it seems that certain countries outside the region have got all worked up, keeping the fever high,” Chinese Foreign Minister Wang Yi said, referring to the United States.

“And if the prescription is wrong it will not help cure any disease. That’s why we urge other counties in the region to lower the temperature,” he told a news conference after 90 minutes of talks with the ASEAN ministers. “Both China and ASEAN believe this page should have been turned and temperature lowered,” he said.

Beijing: The US on Monday called for ‘candour and openness’ ahead of NSA-level talks with China here, the first such high-level political dialogue since an international tribunal rejected Beijing’s expansive claims over the strategic South China Sea. US National Security Advisor Susan Rice began her visit here by holding talks with her counterpart Yang Jiechi after China’s outright rejection of the tribunal, questioning its legality.