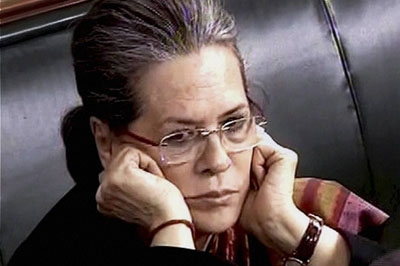 New Delhi: A defunct newspaper – ‘National Herald’ whose ownership dates back to the pre-independence days is now the fresh political battle ground. On the one side is BJP leader Dr Subramanian Swamy and on the other are the senior leaders of the Congress party president Sonia Gandhi, vice-president Rahul and other office bearers. A day after the Delhi High Court rejected a petition by the Gandhis to quash the proceedings in the trial court, political atmosphere has been charged with developments related to this case. The trial court has now fixed December 19 as the date of appearance for the Gandhis.

Proceedings in both houses of Parliament were disrupted on Tuesday and regular business could not be transacted. Outside, Parliament political allegations were exchanged freely. “This is the BJP’s style of political vendetta. A party that talks of Congress-Mukt Bharat does not believe in democracy. It wants a country without an opposition party. We cannot always believe whatever the government says — Swamy is a member of the BJP and he has been assigned the task of targeting Congress leaders. He is implementing the BJP’s agenda,” charged senior lawyer and Congress spoke-sperson Kapil Sibal.

Responding in equal measure, union finance minister and senior lawyer Arun Jaitley said: “No political vendetta. A private complaint was lodged and it is irrelevant who the complainant is and what his motives are. The government had nothing to do with it. The High Court has dismissed their case and asked them to go and face trial. Nobody in this country has immunity from law. They can challenge the orders in a higher court or face proceedings. It’s only the court that will decide guilt or innocence.’’

Jaitley was also quoted by wire service ANI as saying “Under the Indian law, if any citizen comes to know of a violation of law it 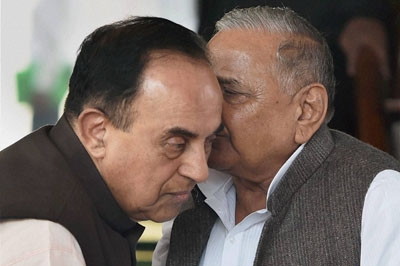 is his duty to inform the court or the investigative agencies. Any citizen can set the process of criminal law into motion, which the complainant in the (National Herald) case has set. Therefore, they have to go the court, face the court and answer the court,” he said. The ‘National Herald’ case is based on Swamy’s allegation that Congress leaders gave Rs.90 crore as loan from tax exempted money to the National Herald newspaper set up in 1938 by Jawaharlal Nehru, India’s first prime minister and Rahul Gandhi’s great-grandfather. The Congress leaders have been also accused of illegally acquiring the newspaper for just Rs. 50 lakh with the aim of grabbing its properties in Delhi worth thousands of crores.

For the Congress, the National Herald case is an amalgam of two battles — the political and the legal and the two cannot be separated. ‘‘Suppose I were to file a case against Prime Minister Narendra Modi, would it not be a political battle,” said Congress spokesperson and senior lawyer Abhishek Manu Singhvi while commenting on the political nature of the National Herald case. “At another level it is a legal battle, because legal issues are involved,” he said while pointing out several infirmities in the High Court order dismissing the Gandhis petition. ”For instance, Dr Swamy has alleged that there has been cheating. Our point is who has been cheated? Neither the Congress party, nor the owners of the National herald have complained and Dr Swamy simply has no locus standi. Cheating is a criminal offence that has to be proved beyond reasonable doubt,” he stressed.

Refuting the charge of grabbing the properties, he said that in any Section 25 company the profits or the earnings cannot be shared by an individual. ‘‘No one has got even paisa from these companies,” he said. At the political level, Congress president Sonia Gandhi came up with the strongest reaction. “I am the daughter-in-law of Indira Gandhi. I am not scared of anyone, I am not disturbed,” she said invoking the legacy of the late Prime Minister. Her son Rahul also saw “political vendetta” in the case. “Absolutely, this is the way the union government tries to silence me. It will not happen and I will continue to ask questions and put pressure on the government,” he said.

The ruling BJP is clearly enjoying the plight of the Congress and as no opposition member specified the issue agitating them, Minister of State for Parliamentary Affairs Rajiv Pratap Rudy took a dig at them, wondering what had happened in a day that shook the Congress members so much. “Nation wants to hear what their issue is. Nobody knows it. We are ready to hear. Let them go to their seats and raise it,” he said but the agitating members refused to budge. Speaker Sumitra Mahajan also chided them time and again and continued with the Question Hour amidst the uproar. “I am ready to allow you to speak but I don’t know what your issue is. Will someone tell me what your issue is?” she said.

Countering Sonia Gandhi’s statement, Union minister Normala Sitharaman said: “Who doesn’t know that she is Indira Gandhi’s daughter-in-law? We just want her, if anything and if it is required by the court, to appear in the court and say so and with proof — With the proof that no penal provisions have been violated. Why is she afraid of the court?”