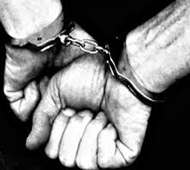 Dhaka: Two Hindu teachers in Bangladesh have been jailed for six months for making blasphemous comments about Islam under a colonial-era law that makes insulting any religion a crime in the Muslin-majority country.

A court in southwestern Bagerhat of Muslim sentenced the two teachers — Krishnapada Mouli and assistant teacher Ashok Kumar — of Hijla High School to six months over remarks that sparked anger among people in the neighbourhood, reports and officials said.

“One of the teachers made some abusive remarks about Islam in the classroom earlier this week…His remarks spread, sparking an outrage among the people in the neighbourhood,” a local journalist said.

The headmaster of the school, who also is a follower of Hindu faith, stood by his colleague after some parents protested against the remarks. “At one point of altercations they virtually confined the two teachers inside the school,” he said. Being informed about the situation, the UNO (administrative head of the sub-district) and executive magistrate rushed to the scene, freed them from the confinement and handed them down the sentence by staging a mobile court at the scene,” he said.

Under a law framed during the British period, insulting any religion is treated as a criminal offence in Bangladesh.