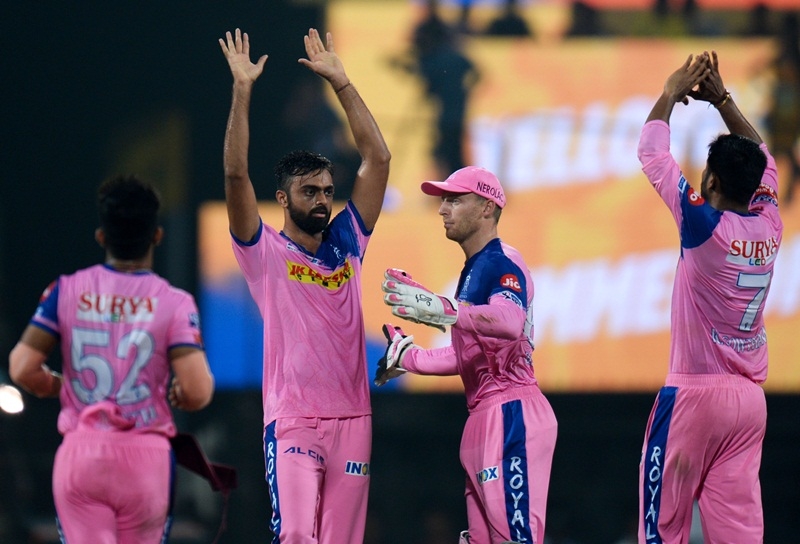 Jaipur: Rajasthan Royals captain Ajinkya Rahane won the toss and elected to field against Royal Challengers Bangalore (RCB) in their Indian Premier League (IPL) game here on Wednesday. Both Royals and RCB have lost their opening three encounters and find themselves at the bottom half of the eight-team points table.

RCB, led by the India skipper Virat Kohli, were washed away by Sunrisers Hyderabad in their last game by a whopping 118 runs while Royals lost to Chennai Super Kings. Ahead of the game, Royals were dealt a body blow in the form of Sanju Samson picking up an injury and Stuart Binny replaced him. Jaydev Unadkat was also dropped with Varun Aaron playing in place of the medium pacer.

For RCB, Marcus Stoinis was drafted in the side with Akshdeep Nath and Navdeep Saini also in the XI. Shivam Dube, Prayas Ray Barman and Colin de Grandhomme were left out.