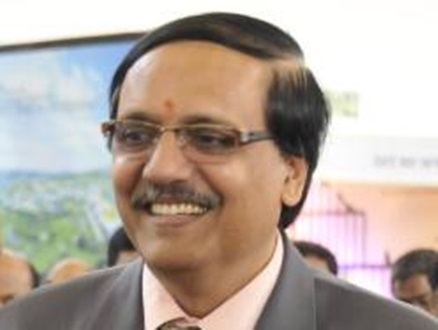 In an interview with Pheji Phalghunan, V.K Sharma, MD and CEO, LIC Housing Finance tells why he is against a single regulator for home loan providers, and his company’s quest for a bank licence.

How do you think the previous repo rate cut of 25 basis points will affect your customers? Do you plan to pass it on to borrowers? Can we expect the interest rates to come down in near future?

It is too early to predict anything. We would like to wait for a fair situation to take a call. Any successive monetary action by the Reserve Bank of India (RBI) will, however, indicate a softer interest regime in the upcoming months.

If you see, historically, we have passed the benefits of rate cuts to our customers in a very transparent manner. In fact, we have always tried to accommodate more. In the last rate cut cycle, when the RBI announced an overall cut of 175 basis points (bps), we passed on 190 bps to our customers, whereas other banks passed it on as 160 bps only. Like always, we wish to pass on the benefits as soon as possible. But, in doing so, the problem is that about 30 per cent of our borrowings are from other banks, which have not yet reduced the base rate. And unless they do, it will be difficult for us to pass on the benefits. We are, therefore, trying to restructure our borrowing pattern so that we can reduce our dependence on other banks. We intend to bring it down to 20-25 per cent. It will be substituted with market borrowings in non-convertible debentures (NCDs). If we are able to do this, we will be able to pass on the benefits to our borrowers soon.

Those who availed themselves of the benefits of teaser or lower rates till now will be automatically entering the prevailing floating rate, which will further pinch their pockets. How can one make a smooth transition?

I don’t think the increase in equated monthly instalment (EMI) will affect borrowers’ monthly budgets. During loan appraisals we factored in an expected level of salary rise. We increase EMI only in cases where the tenure of the loan is extended beyond five years on account of interest rates. Till date we have converted not less than Rs 10,000 crore. And, so far, only a few customers have come back saying that they are facing difficulty because of increased rates. We have helped everyone and have even extended the loan tenure in certain cases, wherever necessary, but, as a policy, we don’t rewrite loans. More importantly, customers should demand proper explanation from lenders on why they have been charged more rather than switching between lenders. Doing so will neither help the industry nor the customer in the long run.

• After the misappropriation in 2010, you stopped funding real-estate developers, which strained your margins. Will you be lending to them again?

We have started lending to developers again. After the misappropriations in 2010, the first task was to put the IT system in place so no human intervention was possible with the system. We have also reduced deviations and made individual risk reasons zero. After that we started lending again to the developers. This year we’ve sanctioned more than Rs 1,000 crore and our growth rate is more than 25 per cent in that. But, unfortunately, the market has been very challenging since last year. Commercial real estate is virtually in the doldrums. Even on the residential front, half of the projects have been held up for various reasons, which have further created difficulties for the developers. Naturally, lending to them has also become difficult. So, we have been very selective in choosing borrowers.

This year our target is to increase our borrowers by three times to roughly about Rs 3,000 crore. We are sensitive to the developers too as it is not entirely their fault that projects get held up or stalled. As long as it is within the norms, we try to help out.

• Are you planning to apply for a banking licence? Is it going to be on behalf of LIC?

Certainly, we do intend to apply for a banking licence, however, not on behalf of LIC, but on our own. The reason behind this is that we are the only major stand-alone housing finance player. We feel that with the parentage of LIC and the nature of our business, we can be a very effective and viable instrument for the government of India’s financial inclusion programme. The second thing is that our balance sheet and infrastructure are such that it is just a matter of plug and play. It is more or less in place. We have sought certain clarifications and are hoping that the RBI will come out with these soon. We have a board level committee and a general manager level committee, which are working on this. So let’s see what happens.

• How are the dynamics different for banks and nonbanking financial companies (NBFC)?

I won’t be able to tell you much on this as HFCs are a different category altogether. But one thing that I have noticed is that since the opening of the banking sector housing loan from the unorganised sectors has gone down to roughly 36 per cent from 46 per cent in the last three years. The loans have started coming back to the structured major housing finance companies or banks. The NBFCs are sort of a loose, unorganised set up. If we do not penetrate very fast through the proper banking system, the NBFC’s will virtually take over everything. For instance, in the north-east, the NBFCs collections and disbursals are estimated to be more than that of banks.

• What do you think about the State Bank of India (SBI) chairman’s suggestion that all home loan providers should come under a single regulator?

Though it is not prudent to comment on big brother’s suggestion, I do have a difference in opinion. The housing finance industry has developed over a period of time and the regulator has worked very hard in channelising the development. Having said that, banking is totally different from housing finance. Banking is about short-term assets and liabilities; typically, a three-year cycle. I am essentially an insurance person and if you ask any conservative insurance person he will tell you that insurance companies should not have banks. The reason is that insurance is about long-term assets and liabilities ,for 15 years and longer. Housing lending and borrowing comes somewhere in between, 10-15 or 20 years. So, it has to be a different category altogether, whether it is managed by the RBI or anybody else. But it cannot be managed the same way as the banks.