WRMS demand Puja Bonus, compensation for kin of staff who died of corona

Dubey in a press release informed that at Ratlam, the demonstration was led by Divisional Secretary of the WRMS B K Garg.
FP News Service 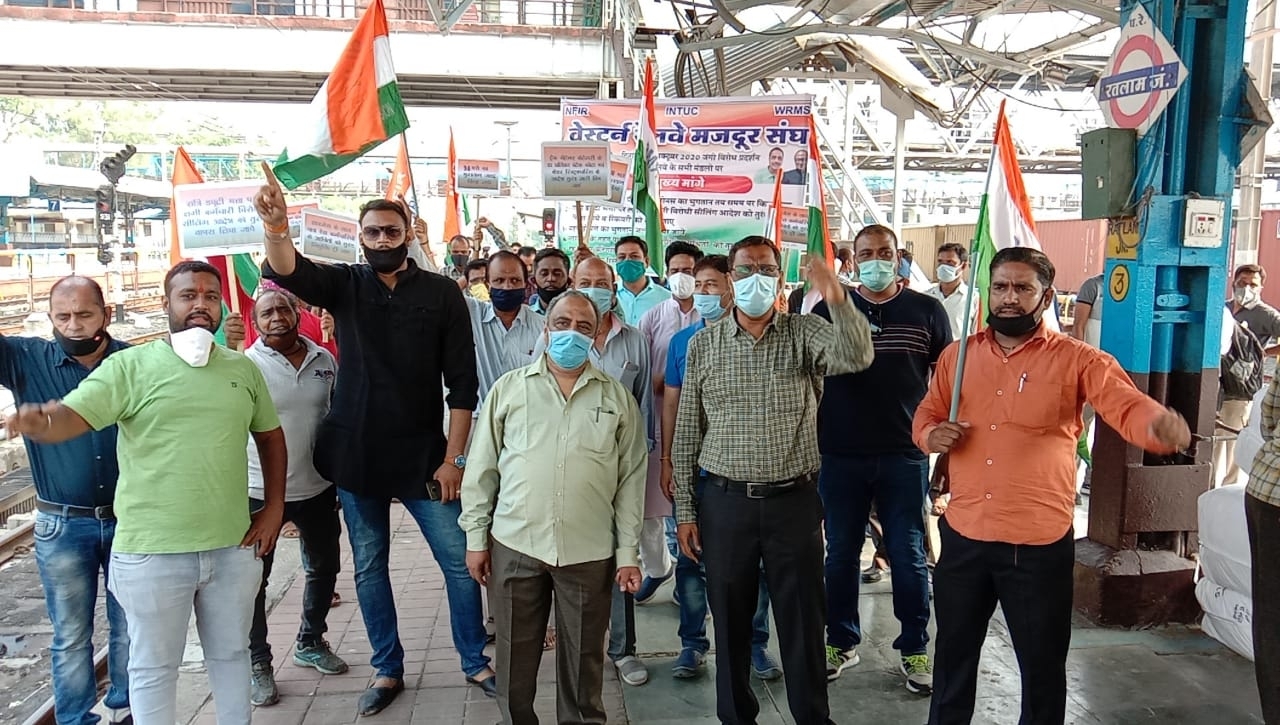 WRMS Ratlam rail division unit media in-charge Gaurav Dubey said that on the call given by the National Federation of Indian Railway (NFIR) demonstrations were held in whole of Western Railway demonstrations.

Dubey in a press release informed that at Ratlam, the demonstration was led by Divisional Secretary of the WRMS B K Garg. While addressing during a demonstration in front of Divisional Rail Office here, Garg warned that if before Durga Puja bonus for the year 2019-29 was not paid to the railway employees, WRMS will intensify the agitation.

Senior trade union leader and WRMS divisional secretary Garg raised other demands including withdrawal of the privatization move of railways, payment of the dearness allowance,and reintroduction of the old pension scheme. Special allowance should be paid to families of railway employees who lost their lives during the Covid-19 period, he added.

In his speech, Garg alleged that railway employees did not get any benefit from the Seventh pay commission and railway assets like a land of railway colonies and railway stations were being sold. Senior trade union leader and WRMS divisional secretary Garg asserted that during the Covid-19 period, railway employees shouldered their responsibilities fully.

Dubey informed that demonstrations were held in Ratlam rail division at a number of places on Tuesday.

In Ratlam, at three places Diesel Shed, Railway station area, and in front of Divisional Rail office demonstrations were held in which slogans were also shouted in support of the demands.