In one drive, the operator of the industry, Ashok Agrawal, was found carrying out fraudulent activities by repackaging several types of oils in new bottles by adulterating the oil.
Staff Reporter 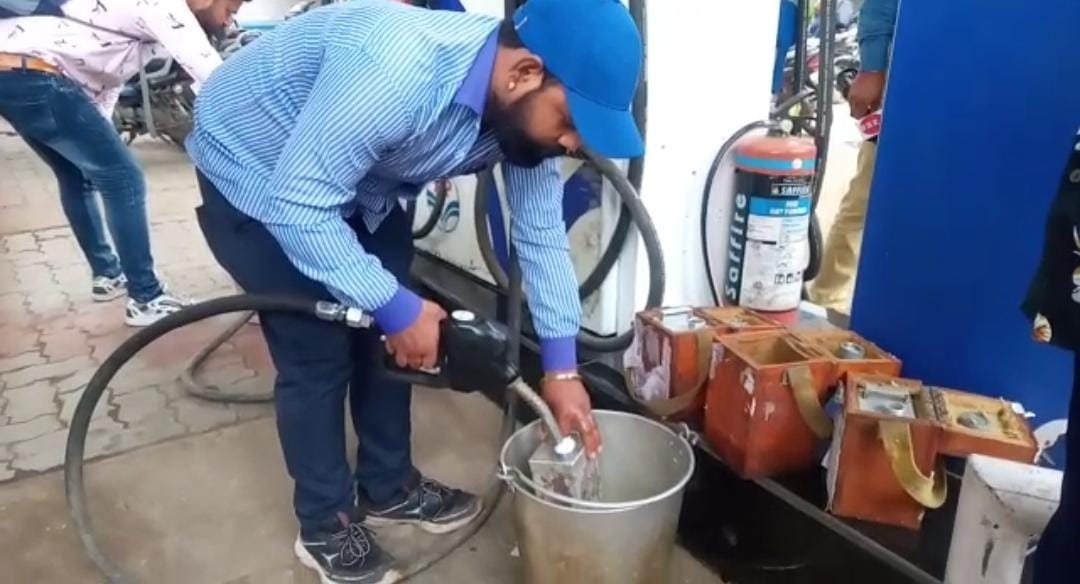 The drive being conducted. | FPJ

Indore: A team of the District Food and Civil Supply led by additional collector Abhay Bedekar, in a drive against ‘adulteration mafia’, conducted two drives in two areas under the Indore department jurisdiction on Saturday.

In one drive, conducted by the department along with the Crime Branch Department, over 3,550 litres of sub-standard oil was seized from the firm, Mamaji Industries, in the Palda area. The Crime Branch received a tip, following which the drive was conducted. In the drive, the operator of the industry, Ashok Agrawal, was found carrying out fraudulent activities by repackaging several types of oils in new bottles by adulterating the oil. The department took the samples of the oils and seized the entire material present in the factory.

In another drive, the team of the department raided Hans Travel’s petrol pump near Dhakkanwala Kuwa. The pump was selling biodiesel without permission. The team took samples of the petrol and diesel. Additional collector Bedekar said that a bio-diesel licence was required to carry out such activities. Action is being taken against those who are trading in it without a proper licence. Samples have been taken from the pump and action will be taken if issues were found with the samples.