Radhika, living in Anjushree Colony, Maksi Road, went to a clothes shop located in the vegetable market area with her husband Jitendra Makwana.

Ujjain (Madhya Pradesh): Three little girls of Anjushree Colony dodged the police fiercely on Sunday night. They had left the house for fear of being beaten up by their parents. After the message was played on the wireless set, the girls were searched, and were found in the Kasturba Girls Hostel located at Dussehra Maidan.

Radhika, living in Anjushree Colony, Maksi Road, went to a clothes shop located in the vegetable market area with her husband Jitendra Makwana. In the house, their ten-year-old daughter Chandni was playing with tenant Preeti, wife of Rakesh Raikwar’s 9-year-old daughter Dolly and 4-year-old Kavya. The girls kept playing in the house all day long. Preeti had seen three girls in the house till 7 pm. Then she continued with her work.

When Radhika returned from the shop with her husband at around 8.30 pm, the door of the house was locked from inside and their daughter’s voice could not be heard. Sensing danger, she got terrified and opened the back door and reached inside. There were two glasses of alcohol and flowers spread all over. When she inquired about Chandni from the tenant Preeti, she too was stunned. Chandni, Dolly and Kavya went missing.

Radhika and Preeti lodged a report at the Madhav Nagar police station in anticipation of something wrong and suspicious. After this, the message went on the wireless set and the search for the girls began. Meanwhile, information was received about the girls that they are in Kasturba Gandhi Hostel located at Dussehra Maidan. When the police reached there, the hostel cook Rani was feeding the girls. She said that a man had left three girls in the hostel. Childline team reached the spot. The girls were brought to the police station along with warden Indu Nagar. Here the girls said that their parents would beat them, so they left the house. While playing they spilled oil by mistake and the girls were afraid that they would be beaten up by their parents after returning, so they left the house out of fear of being hit.

The girls have been given medical treatment. After counselling by Childline, the decision about the girls will be taken. Regarding the incident, SI SS Mandloi said that after getting information about the disappearance of the girls, a rapid search began. The girls were found in the hostel. Childline took the girls into custody and later after counselling they were handed over to their parents. 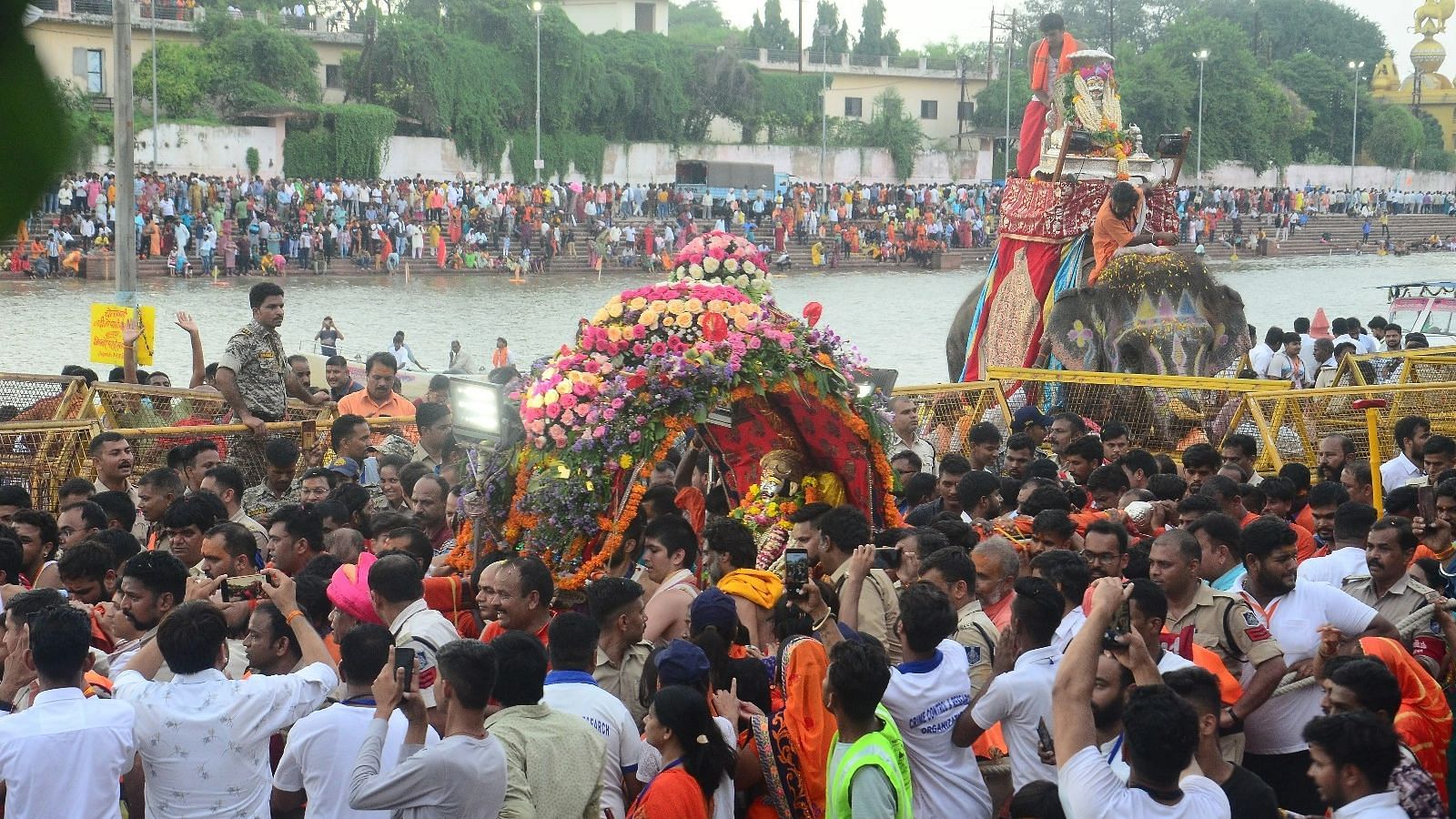