Ujjain (Madhya Pradesh): The 66th State-level school gymnastics and Mallakhamb competition is being organised in Ujjain from December 8 under the aegis of the Directorate of Public Education, Madhya Pradesh, Bhopal.

Judge Chandrashekhar Chauhan said that under the Mallkhamb competition at the Madhava Seva Trust Mallakhamb Training Centre located in Bharat Mata Mandir premises, pole and rope Mallkhamb competitions of 14, 17 and 19 age groups of boys and girls took place in the morning session. Munnalal Dhakad, Chandrashekhar Chauhan, Rahul Barod, Shubham Poddar and Liladhar Kahar were judges in these matches and Rahul Pal, Rajveer Singh and Deepak Gawli were the scorers. The grand inauguration of the 66th state-level school sports competition took place on the premises of Government Shri Krishna Saral Higher Secondary School Maharajwada-2. The chief guest of the inauguration programme was the minister of state for school education (independent charge) Inder Singh Parmar. It was presided over by former cabinet minister and MLA from Ujjain North, Paras Chandra Jain. The guests inaugurated the competition by unfurling the flag of Madhya Pradesh. After that, the participating players from the 9 divisions performed a march past. The guests inaugurated the programme by lighting the lamp and garlanding the portrait of Goddess Saraswati. The welcome address was given by district education officer Anand Sharma. In the programme, Kumari Tanishka Panthi, a student of the Government Madhav Nagar School of Excellence gave a presentation of Ganesh Vandana. The students of Government Dhanmandi Girls Higher Secondary School gave a beautiful presentation of Rajasthani folk songs. Under the guidance of Rajni Narvariya, little boys and girls gave a beautiful presentation of the lathi chalana method. On this occasion, the guests also inaugurated the multipurpose gymnasium hall built at a cost of Rs 5 crore. On this occasion, joint director RK Singh and district education officer Anand Sharma honoured the guests by presenting mementoes. Drishti Tiwari and Mohan Dhakad administered the oath to the players to play with the spirit of the game. The programme was conducted by Shailendra Vyas and the vote of thanks was proposed by assistant director sports Arvind Joshi. Amitoj Bhargava of the publicity committee said that a total of 441 participating players and about 80 officials from 9 divisions are participating in this competition. Bodybuilders show their strength during the divisional level championship. |

In the sports arena of Ratlam’s Jawahar Vyayamshala, thousands of sports lovers were provided with a spectacular sports feast till midnight by bodybuilders of Neemuch, Mandsaur, Jaora, Shajapur, Barnagar, Dewas, Ujjain and Ratlam. In memory of former Ratlam Kesari late Narayan Pehalwan, Mr Ujjain Division 2022 bodybuilding competition was organised at Ratlam District Body Building Association and Rs 1 lakh 31 thousand was given to the winners. In the championship, 107 bodybuilders from the Ujjain division enthralled the sports enthusiasts by displaying their muscles to the tune of

music. Ujjain’s Kamlesh Changal dominated all players in biceps, abdominals, triceps and back muscles. On the basis of the brilliant performance, the title of Mr Ujjain Division and Rs 21 thousand cash prize was given to him. Ujjain’s players performed brilliantly in the state-level school table tennis competition organised at Emerald Heights School, Indore. In the mini category (14 years), the boys and girls team of Ujjain became the runners-up. (U-14) Susmit Jain, Atharv Jarwal and Shivansh Badodia performed brilliantly in the boys’ category. In the (U-14) girls’ category, Apoorva Singh, Shivanshi Panwar and Vyona Ramani were the runners-up going down to the Indore team in the finals. Similarly, the boys and girls teams of (U-17) and (U-19) categories were defeated in the semi-finals in hard-fought matches. The coach of the team was Satish Mehta. Teams from 9 divisions participated in the competition. 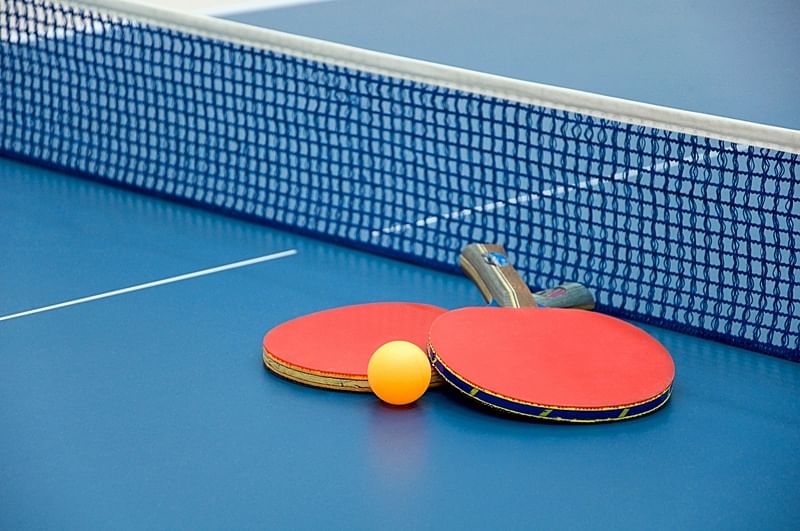