Ujjain: On the eve of Ganesh Chaturthi, the members of Hindu organisations and administration were at loggerheads over seizure of big idols of Lord Ganesh in the Neelganga area on Thursday.

The idol makers of Kavelu factory area had made huge idols on pre-booking basis. The organising committees of pandals had booked these huge idols well ahead of the festival.

As per inputs Ankit Choubey and Anil Dharme started threatening the administrative officials. The pandal operators who came to collect their statues also joined them. The ruckus started at 5:00 pm lasted till 6:00 pm.

At first both the sides were not ready to back off but later the SDM handed over the idols to the shopkeepers. According to Sahu, the people of the saffron organisations agreed not to install the statues.

District convener of Bajrang Dal Ankit Choubey said, the administrative officials came to seize the idols made of POP. After our protest he agreed to hand over the idols to the pandal operators.

If celebrations of Hindu festivals are interfered with then there we will launch a big protest. However, in anticipation of disturbance, the forces of Neelganga and Nanakheda were deployed in the area. 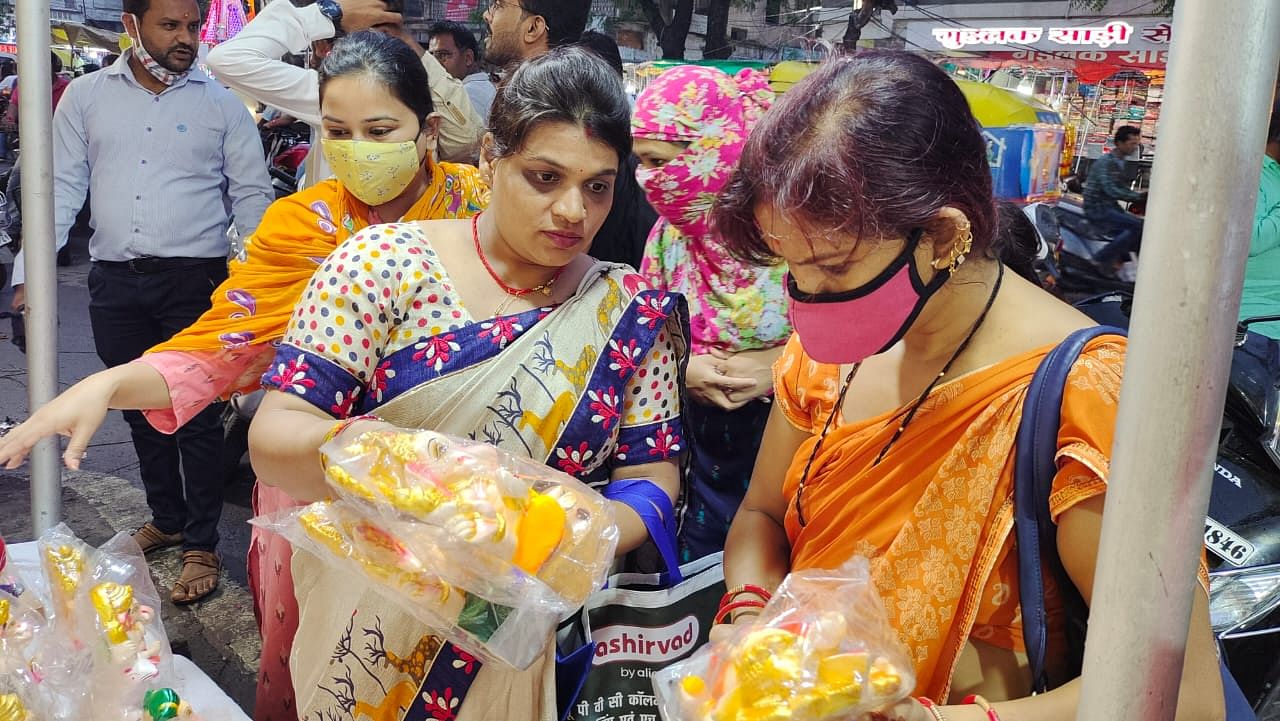