Ujjain (Madhya Pradesh): Dussehra Maidan Residents Association has strongly opposed the construction of a stadium worth Rs 5 crore at Dussehra Maidan. On the initiative of Ujjain South MLA and higher education minister Mohan Yadav, the Chhattisgarh Governor Anusuiyya Uike had performed bhoomi-poojan for the stadium on November 10.

The association wrote a joint memorandum addressed to Chief Minister Shivraj Singh Chouhan saying that it was completely wrong and unnecessary to build a stadium in the middle of the city especially as under the Smart City project there is a provision for open spaces and this open space will be lost if converted into a stadium.

They also brought to the notice of the CM the sorry state of the existing stadiums and cited Kshirsagar Stadium as the biggest example of a stadium becoming a place for liquor and hooliganism. They said that it would be better if the Captain Roop Singh Stadium at Kshirsagar” and “Rajmata Scindia Stadium” at Nanakheda are developed in a proper manner.

The memorandum also stressed on the fact that Dussehra Maidan is basically being used every year for Ravana Dahan. Such construction in a public place of religious importance is completely improper.

For more than 50 years, every year, programmes of national importance like Republic Day and Independence Day have also been organised grandly here. These national festivals have been successfully organised in this open ground without any inconvenience. It is also a place where the youth of the city has been playing different types of games like hockey, football and cricket for over 60 years and there is no demand from players for any stadium here.

The residents have asked the government to use government land around Ujjain city to build the stadium. 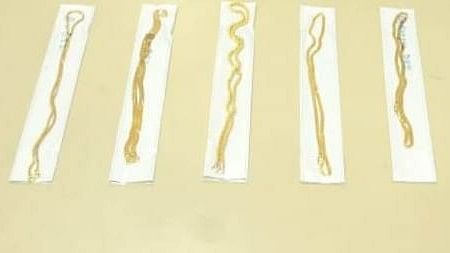