The members of the executive council are dominating the administrative officers

Ujjain (Madhya Pradesh): The student leaders of NSUI under the guidance of Congress leader Rajendra Vashisht presented the Gandhi cap and rose to the Vikram University (VU) vice-chancellor (VC) Prof Akhilesh Kumar Pandey. They demanded answers to 13 questions of the public in a Gandhian manner regarding the quality of education deteriorating due to the disorder and mismanagement prevailing in VU.

Vashisht said that the VU, established on March 1, 1957 during the Congress rule, had been included in the country’s higher educational institutions, from where the students studying in the country and abroad have enhanced the pride of the university by getting selected in highly prestigious positions. The departments in social sciences and humanities, mathematics established during the Congress rule made a mark across the country in teaching quality studies.

There has been a BJP government in the state for the last two decades. The last recruitment for teaching in this university was in 2007-08 during the Congress-led UPA government. At present, constant efforts are being made to tarnish the dignity of VU due to which the problem of spoiling the future of lakhs of students has deepened. Vashisht said that due to the political rhetoric of the executive council members, the academic environment has been poisoned. We would like to clarify that VU is the pride of the city and it is well-known that its creation and establishment took place during the time of Congress government.

If any student or representatives of students raise questions, then instead of improving academic systems, VU is misleading the public and students by making political statements. The questions or allegations raised by us are allegations of students/activists and it is our moral obligation to raise their voices.

The question was raised for the VC that to start a new course did he form a Board of Studies under the rules given in section 28 of the Madhya Pradesh University Act, 1973? Through the Faculty Council, Academic Council, Executive Council and Coordination Committee, action was taken before beginning new courses according to the rules and regulations? During the protest, a large number of students including Himanshu Sharma, Bablu Khichi, Dipesh Jain, Sudarshan Goyal, Jitendra Parmar, Shekhar Raikwar, Pritesh Sharma, Piyush Vyas, Himanshu Shukla, Arpit Yadav, Gagan Lalawat and Hemant Gome were present. 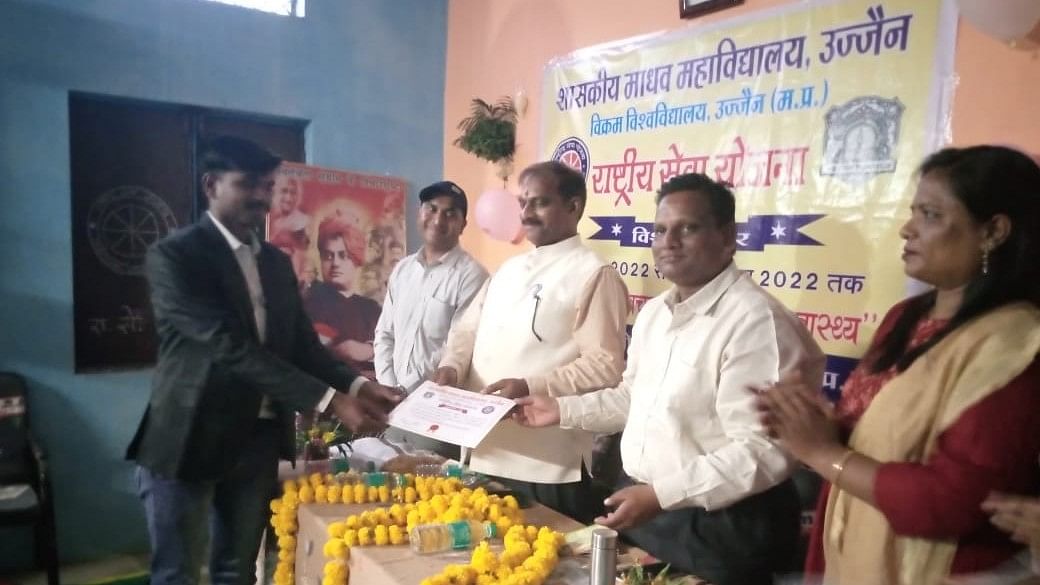