Under the project, sewage water is brought to the nearest pump house through a pipeline by stopping the sewage water at an earthen dam

Ujjain (Madhya Pradesh): The Kshipra river is considered to be a mode of salvation and where Simhastha Fair is organised every 12 years. Innumerable people take bath in the river during various festivals around the year. Sincere efforts are being made so that no drain water mixes with Kshipra water. To ensure that Kshipra water remains pure, now it would be ensured that no sewage water flows into the holy river.

Mayor Mukesh Tatwal along with Ujjain Municipal Corporation (UMC) commissioner Roshan Kumar Singh, MiC members and officials of PHED inspected all the pumping stations and gave instructions to the concerned officials to start the sewage pumping stations operated by the UMC. Information was obtained about the National River Conservation Project. The objective of the Kshipra Purification Plan is to stop the sewage water of the city from mixing in the Kshipra river. Under the National River Conservation Project, the responsibility has been entrusted to UMC for its maintenance and operation. Since then, a total of 9 pump houses and a network of pipelines are operating in the city apart from the Veer Durgadas Chhatri sewage pump house that was already being operated by the UMC.

Under the project, sewage water is brought to the nearest pump house through a pipeline by stopping the sewage water at an earthen dam. This water is pumped to the Sadawal treatment plant by seven sewerage pumps,  and the treated water is used by the farmers for agriculture and fish farming after proper treatment. At present, about 150 MLD of water is being supplied daily in the city of which about 75 per cent of the water, that is 93 MLD is received back in the form of sewage through drains, which is being treated continuously.

However, due to the expansion of the city and the development of new colonies on the banks of the river, new places have been created that release sewage water in the Kshipra river at some places. So earthen dams have been prepared to pump out the sewage water from Avanti Hospital, Indore Road, Lal Pul, Narsinh ghat and Rinmukteshwar.

While inspecting the ongoing work of the Tata pipeline at Bhukhi Mata, the mayor directed that the work should be completed soon so that the road can be repaired for traffic movements. He directed officials to speed up the work. 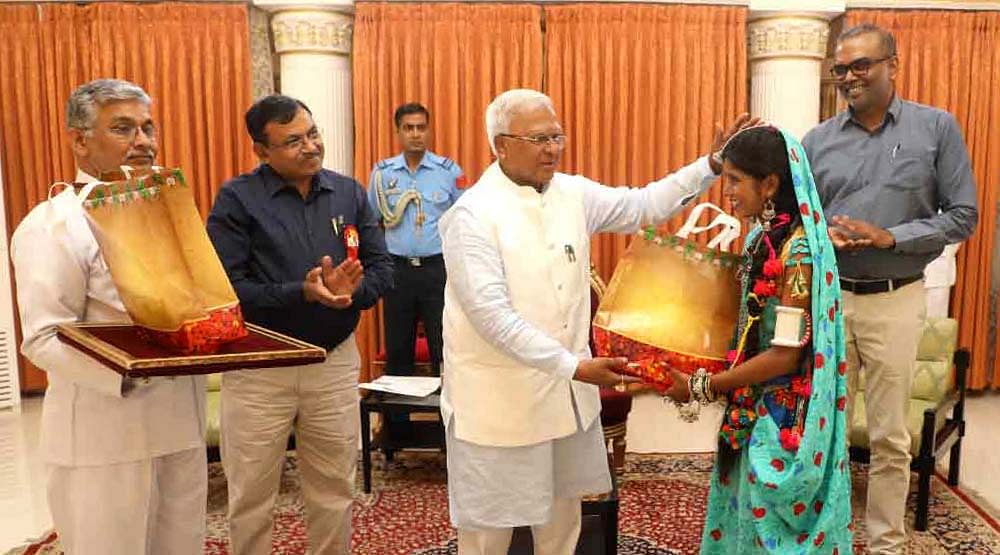