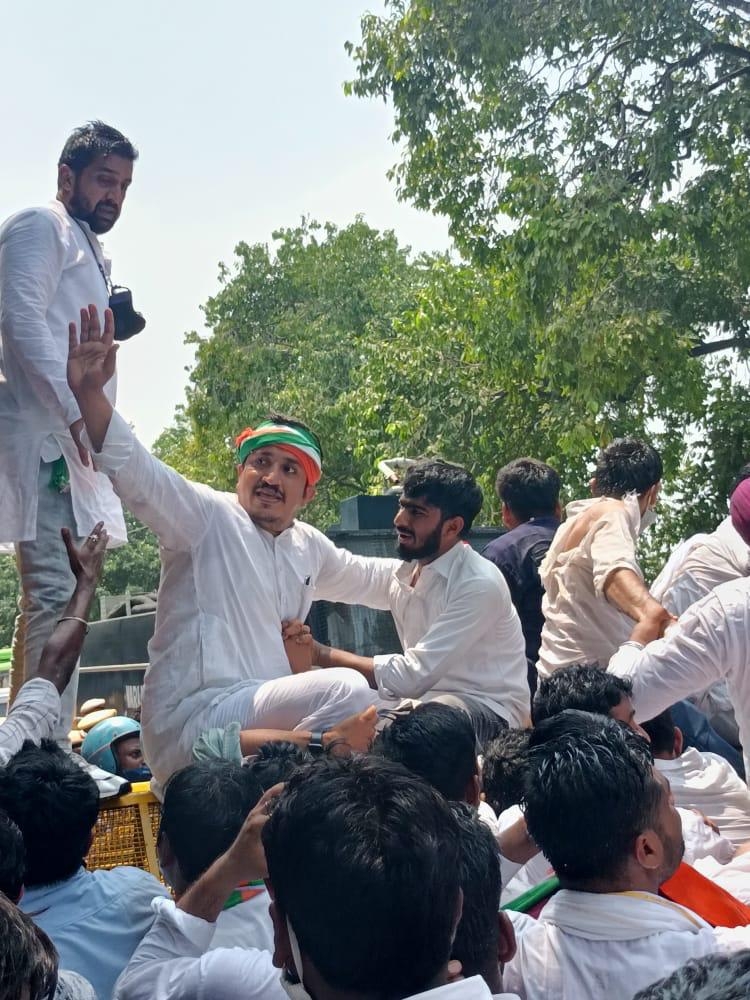 Ujjain: Hundreds of Ujjain workers, including Youth Congress District president courted arrest in Delhi in protest against the policies of the Central Government.

The Central Government is constantly deceiving the people of the country, said District Youth Congress president Bharat. He said that on the call of Indian National Youth Congress under the leadership of Shankar Joshi, hundreds of members gheraoed the Parliament gherao in Delhi and hundreds of activists including the district president courted arrest. Ujjain: Modi ji why did you send vaccine meant for our kids to other nations? asks Youth Congress