As his financial condition started to get back on track, the second wave of corona started wreaking havoc in the district, prompting the administration to declare another lockdown

Ujjain: An auto-rickshaw driver, who was rendered unemployed due to lockdown during second wave committed suicide.

The incident took place in the Riddhi-Siddhi Vihar Colony under Nagjhiri police station early on Tuesday. The blood-stained body of 32-year-old auto-rickshaw driver identified as Basant Ranaut was recovered from a room in his house. Basant had purchased a house worth Rs 22 lakh in Riddhi-Siddhi Vihar.

However, the lockdown imposed after corona outbreak last year affected his work and his income went down.

Along with repaying the installments of the house, he was also facing problems in sustaining livelihood.

As his financial condition started to get back on track, the second wave of corona started wreaking havoc in the district, prompting the administration to declare another lockdown.

His financial troubles escalated even further after his wife Dimple's health deteriorated and she had to undergo isolation at home. Basant left his son in the care of his in-laws. Basant’s mother Kiran and brother Bhushan stayed home to take care of his wife.

A dagger was also found near his body. Kiran got nervous after seeing this. She called her younger son Bhushan who informed the police. When the cops reached at the incident site, they were stunned to see the condition of the corpse.

At first the case looked like a murder, but after talking to the family, it was revealed that Basant was upset for two reasons. One, he had taken the house from the builder and its walls had developed cracks. Even after paying Rs 22 lakh he was troubled with the condition of the house. He had also spoken to the builder in this regard and he had also agreed to take back the house.

Second, he was more upset as his work of driving an auto-rickshaw came to a standstill due to the second lockdown. The financial condition was getting worse with each passing day. In such a situation, his wife's illness also troubled him. Probably, these circumstances compelled him to end his life, alleged his kin.

Police handed over the body to the family members after post-mortem. Further investigation in progress. FSL officer Preeti Gaikwad said that she had not seen such a method of suicide till date wherein a person has managed to slit veins of his arms and neck. 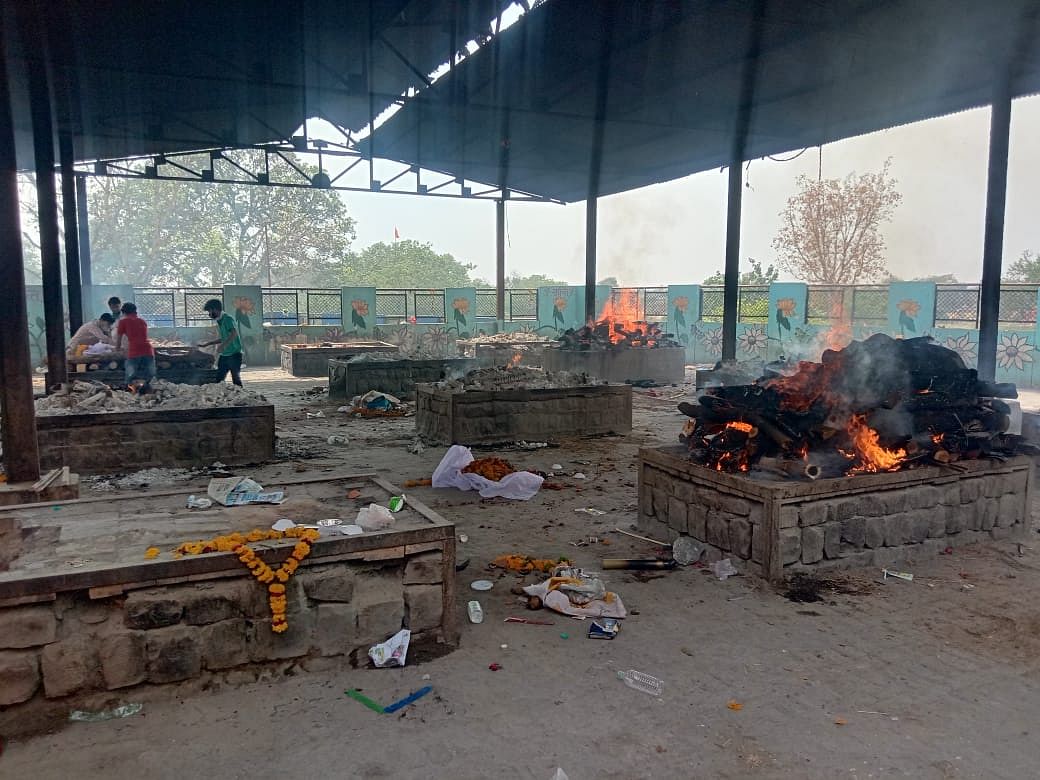