Ujjain: Beauty of birds as aesthetic value of wildlife 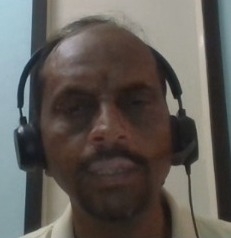 Ujjain: With their natural habitats disappearing at an alarming rate, several birds are struggling to find out their respective habitats. India shares about 13 % of the total birds’ species out of the 10,000 species recorded in the world

Avid birder Ajay Gadikar, member of IUCN, Indore said so on Wednesday while speaking on the day-5 of the week-long national e-awareness programme on ‘Wild Life Conservation in India: The Changing Paradigm.’

The event is organised by the department of zoology and biotechnology of GGPGC under the aegis MPHEQIP World Bank Scheme and supported by IQAC. He said that many birds are displaying a drastic change in their behaviour and shifted from their natural habitat were found nesting in a hole on residential building at a height of several meters from ground with apparently no water body present nearby.

These changes show that these birds are struggling to survive in the city. If they do not adapt to the changing conditions, they would disappear from the city, said Gadikar. He also focused on the efforts by the government and said that the Forest Department of Madhya Pradesh is collating the information on the Avid-fauna by organizing bird surveys with the help of citizen scientist.In this effort, a lot of people in the form of citizen scientists are providing their contribution.

Dr Leena Lakhani, the convener of the programme remarked about the role of birds in an ecosystem. She also conducted the proceedings and together with the guest speaker resolved the queries of the audiences. The programme was presided over by principal Dr HL Anijwal while Dr Sujeeta Kanare introduced the guest speaker to the audience. A vote of thanks was presented by Dr VK Gupta.