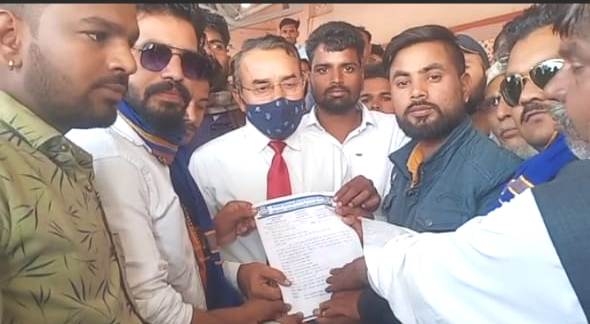 Suwasara (Madhya Pradesh): Members of Azad Samaj Party and Bhim Army have given a call to gherao railway station if their demand for improving halts at Suwasara railway station is not met within eight days.

Party functionaries said due to corona induced restrictions train services were affected across the country.

Trains have gradually started running in Kota division but only two-three trains halt at Suwasra, despite the fact that it is the nearest railway station to Mandsaur district headquarters.

Political parties made attempts to draw attention of railway ministry, Railway Board and public representatives, to no avail.

They reiterated the demand for resuming halts of the trains. They warned that if their demands are not fulfilled within the next eight days then the Azad Samaj Party and Bhim Army will gherao the Suwasra railway station.