According to information, Rachna Khelwar entered into wedlock with one Irfan Khan, a resident from the same locality in February 2021. After marriage, Rachna changed her identity to Aliya Bee.

Shujalpur (Shajapur, Madhya Pradesh): A newly married victim of ëLove Jihadí was consigned to the flame by her family after she died under mysterious circumstances on Friday.

The victimís family members did not allow her husband and in-laws during her cremation here at her ancestral Shujalpurvillage of Shajapur district. Owing to security reasons, a police force has been deployed in the village, informed Shujalpur police.

According to information, Rachna Khelwar entered into wedlock with one Irfan Khan, a resident from the same locality in February 2021. After marriage, Rachna changed her identity to Aliya Bee.

Based on her complaint, police booked Irfan and sent him to jail. The victim was unwell since then as she had suffered a serious injury in her back due to domestic violence. After moving out of jail, Irfan and his family members approached the victim and tried to convince her to return to their place.

The victimís father Mohanlal Khelwar in his statement to the police informed that on June 4, Irfan and his father Akram Khan told that they are taking Rachna alias Aliya to Bhopal for treatment.

Two hours later, Irfan called them and informed them about Rachnaís death. Later, Irfan and all of his family members switched off their mobile phones.

The victimís family members claimed that Irfan and his father roamed along with the body for more than 11 hours in the area and they managed to get the body only with the help of Shujalpur police. Police brought the body to the Shujalpur Civil Hospital at 11 pm.

Since her family wanted to bid adieu to her as per Hindu tradition, police handed over the body to her family after a post-mortem. Later, they took her to the cremation ground in Mandi.

As a precaution, the deceased's husband Irfan and his father-in-law Akram Khan were not allowed to attend her funeral procession. The family of the deceased has been kept in police custody till the statement of the relatives of the maternal side. 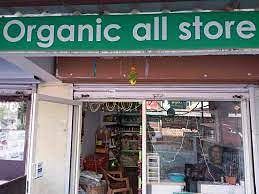