Candidates and voters claimed that when the government has asked for closure of liquor shops before 48 hours of polling, then what is the rationale behind keeping the warehouses open? This is incomprehensible.

Sardarpur (Madhya Pradesh): Amid the ongoing three-tier panchayat polls across the state, orders issued by the commercial tax department of Madhya Pradesh on June 24, surprised many of the candidates as well as voters.

According to the letter signed by deputy secretary RP Shrivastava of the commercial tax department, government of Madhya Pradesh, addressing all district collectors and district election officers, it was mentioned that according to instructions, the purchase and sale of liquor from both the referred letters of the government in the said subject from 48 hours before the time fixed for end of polls and issued about keeping liquor shops closed. Following directions, it is established that this directive shall not apply to the stock of country-made foreign liquor so that there is no adverse effect on the income of the government.

Meanwhile, many villagers and party candidates were surprised after going through the letters. Candidates and voters claimed that when the government has asked for closure of liquor shops before 48 hours of polling, then what is the rationale behind keeping the warehouses open? This is incomprehensible. People associated with liquor business also say that the commercial tax department has probably issued such an order for the first time.

The commercial tax department took out such an order, behind which there is any political motive related to elections or not, but political parties in the fray have started drawing their conclusion. It is noteworthy that the first phase of polling has been completed on June 25 regarding three-tier panchayat elections and the remaining two phases will be held on July 1 and July 8. 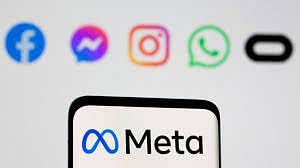