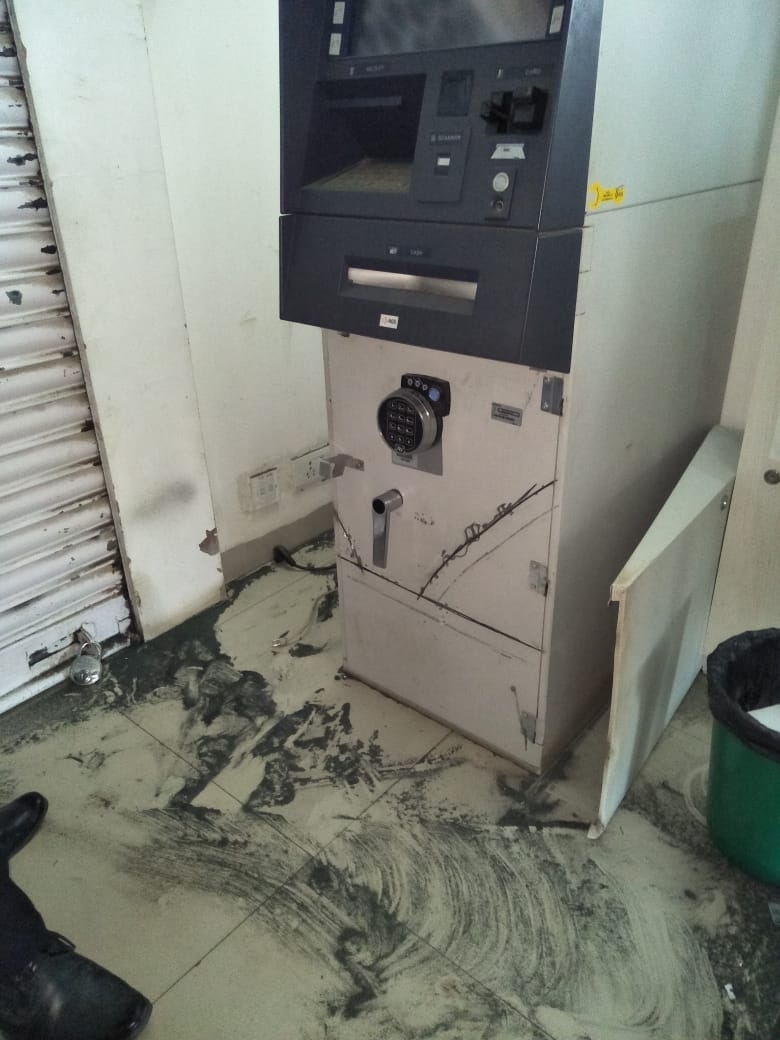 Petlawad: A gang of unidentified people committed theft at four places on Raipuriya- Petlawad road on intervening night of Wednesday and Thursday, raising several questions on the working of police patrolling cars.

Axis Bank branch and its adjoining automated teller machine room, a hotel owned by Shantilal Patidar, office of Madhya Pradesh Rajya Gramin Aajivika Mission were targets of the gang. In the bank, they could not find anything. Therefore, they tried to drill a hole in an ATM situated near the bank but failed.

At the hotel, small sum of cash kept in drawer was stolen. However, from the office of MPRGA, which is located inside the Krishi Upaj Mandi, Rs 33,000 along with laptops, televisions and other electronic gadgets were reported to be stolen. Police have scanned CCTVs at Mandi and bank.

Besides, robbery took place at Thandla state highway. Dr Kulddep Sharma was travelling from Barnagar to Udaipur in his car. The robbers punctured his car tyres by planting sharp nails in the road. When the car stopped, Sharma was beaten ruthlessly and then robbed. He informed police but the robbers could not be traced. Dr Sharma was admitted in hospital due to injuries.