Neemuch: Wife axed to death over suspicion of infidelity

The accused identified as Gudda Banchhra murdered his wife Seema Bai, (30), as he suspected her of infidelity. The neighbours informed the police about the incident.

Neemuch (Madhya Pradesh): In a shocking incident, a man allegedly attacked his 30-year-old wife with an axe and killed her. This happened while the wife was asleep here at Pawti village of Neemuch district on the intervening night of Tuesday and Wednesday.

According to further information, the incident happened under the limits of the Kukdeshwar police station. The accused identified as Gudda Banchhra murdered his wife Seema Bai, (30), as he suspected her of infidelity. The neighbours informed the police about the incident.

Kukdeshwar police station in-charge Sandeep Tomar, constable Mohan Singh Chauhan, Rajesh Tanan and others reached the spot and sent the body to the government hospital for PM. Police have also recovered the murder weapon from the crime scene. Police have registered a case of murder against the accused under relevant sections of the Indian Penal Code and have launched a search to arrest him.

According to sources, the husband used to doubt his wife’s character and fidelity and the couple used to have frequent arguments. 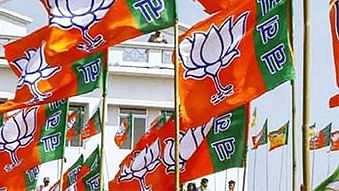 HomeIndoreNeemuch: Wife axed to death over suspicion of infidelity

'Will happily tender my resignation': Karnataka minister after his 'we are somehow managing' remark...