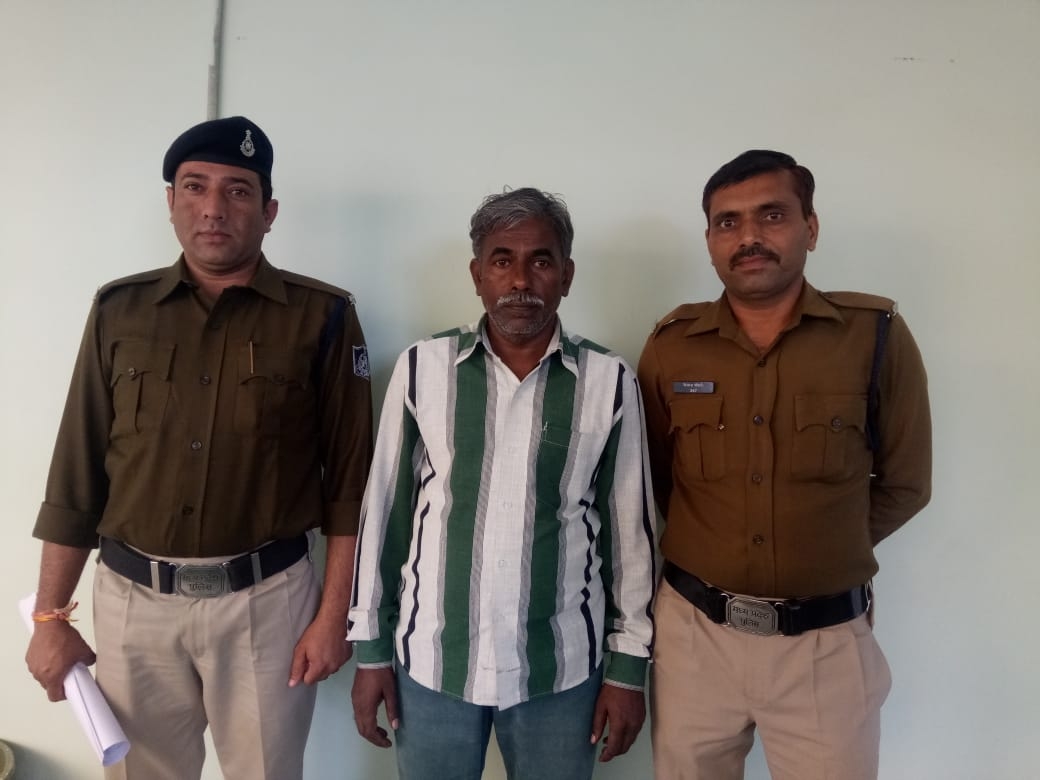 Neemuch: A man was awarded triple life term for raping his minor step daughter in Jawad on Saturday. Additional sessions judge Nitiraj Singh Sisodiya setting up an example before criminals, court of additional session judge Nitiraj Singh Sisodiya in Jawad has convicted a person on the charge of raping minor stepdaughter and sentenced him triple life imprisonment.

Accused identified as Sattu alias Satyanarayan, 47, son of Badridas, a resident of Alori Garwada village. Court also imposed fine of Rs 15,000 on him.

District public prosecution officer Jagdish Chouhan informed that though the accused outraging victim’s modesty since past three years, it only came to fore on November 23, 2016 when the victim who hails from a small village under Ratangarh police station lodged her complaint at Jhalawad police in Rajasthan saying that her stepfather repeatedly raped her.

Taking cognizance into the matter, Jhalawad police registered zero FIR in the matter and forwarded matter to Ratangarh police since her native village comes under the respective police station.

During course of investigation it was revealed that victim’s mother who is deaf and mute entered into the wed-lock with a mentally challenged person. Couple had three kids from the marriage. Victim is eldest among all three siblings.

Police came to know that following the mental condition of victim’s father, her mother remarry with accused Sattu alias Satyanarayan about three years back. However, taking advantage of victim’s mother condition, accused started outraging her modesty.

On November 23, 2016 victim visited her maternal aunt’s place in Ramganj Mandi, Rajasthan and narrated her ordeal. Victim’s aunt immediately took her to Jhalawad police station and lodged her complaint. Acting swiftly into the matter, police lodged zero FIR and forwarded matter to Ratangarh police station who subsequently book accused under Section 376 (2) (f), 376 (2) (i), 376 (2) (n) and Section 5/6 of Protection of Children from Sexual Offence (POCSO) Act 2012. Later police arrested accused and produced him before special court in Jawad.

Prosecution officer Chouhan informed based on her school documents and scholar certificates it was confirmed that victim was minor at the time of incident. Later, her medical examination also confirmed physical assault on her.