MPPSC-2021: Even as barely a fortnight is left for the year to end

Candidates waiting for results have pasted pamphlets proclaiming ‘CM missing’ in different parts of the city. The pamphlet states that the person who conveys their plight to the CM will get blessings in abundance. ‘That’s what we unemployed candidates can offer as reward,’ the pamphlet humbly and ironically adds.
Staff Reporter 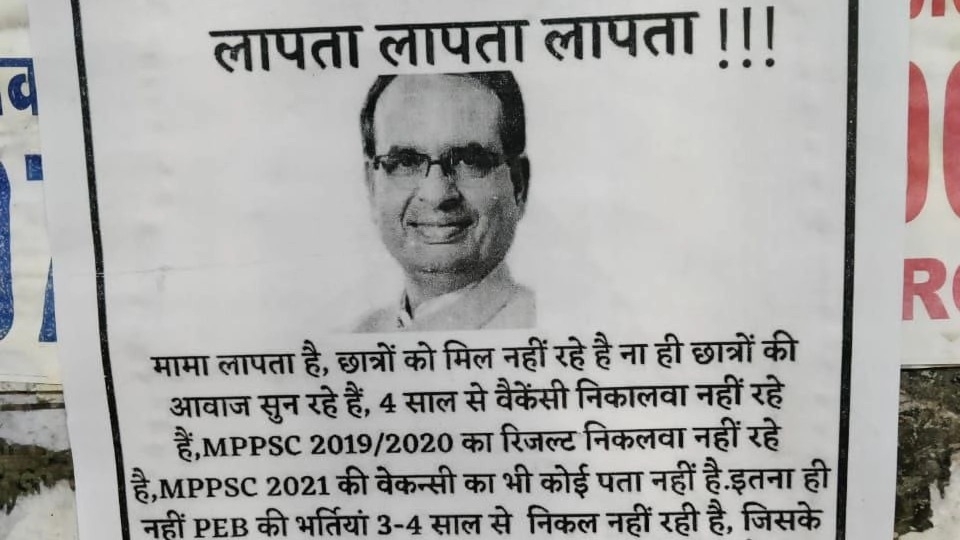 Indore (Madhya Pradesh): While the wait for the results of the previous examinations continues, barely a fortnight is left for MPPSC for releasing the notification for State Service Examination-2021.

If the notification is not released before the end of the year, 2021 will become a zero year for the State Service Examination-2021. In such a situation, many candidates who have a last chance to take the PSC exam due to their age will become ineligible. Advertisement for PSC-2021 could not be issued following a legal tangle over the OBC quota. 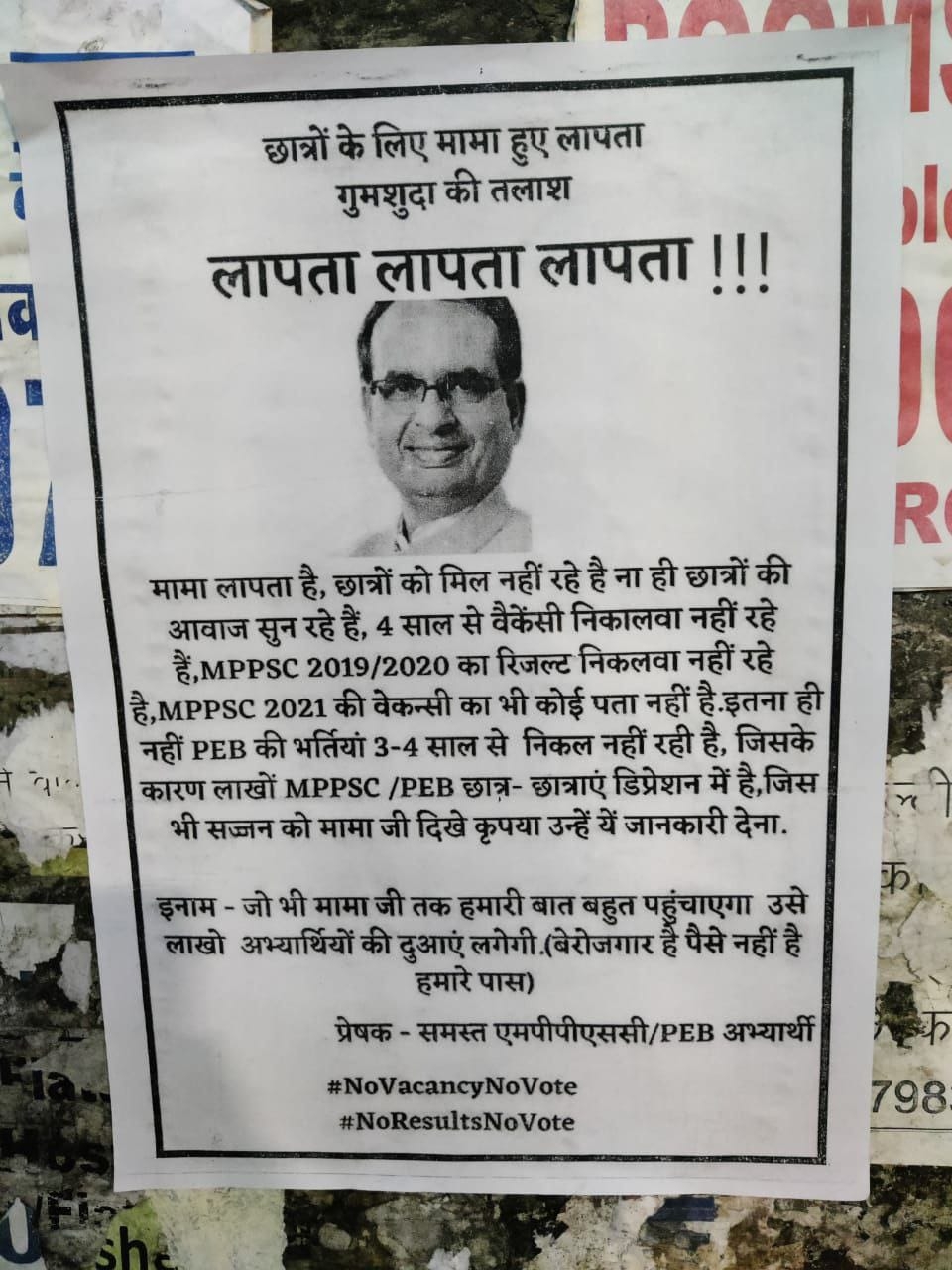 Meanwhile, candidates waiting for the results of the State Service Main Examination-2019 and State Service Preliminary Examination-2020 have pasted pamphlets proclaiming ‘CM missing’ in different parts of the city. The pamphlet reads, “Mama has gone missing. He is neither meeting students, nor paying heed to their voices. He is not letting the results of the Main Exam-2019 and Preliminary Exam-2020 be declared.

Advertisement of State Service Exam-2021 has also not been released yet. No vacancies have been advertised for the last three-four years due to which candidates preparing for the Madhya Pradesh Public Service Commission (MPPSC) and Professional Examination Board (PEB) are in depression.”

The pamphlet states that the person who conveys their plight to the CM will get blessings in abundance. “That’s what we unemployed candidates can offer as reward,” the pamphlet adds.

It also reads that no vacancy, no vote.

More than 10,000 candidates who took the Main Examination-2019 and 3.4 lakh candidates who appeared in the Preliminary Examination-2020 have been waiting for their results for the past many months. The MPPSC could not declare the results due to legal tangle over OBC quota.

Following the court order, candidates had demanded the release of results and completion of the selection process under the old rule of 14 per cent reservation for OBCs.

The candidates wrote to Chief Minister Shivraj Singh Chouhan and the MPPSC chairman in this regard.

About six lakh other candidates in MP are also suffering due to the reservation dispute. These are the candidates who are preparing for different exams of the MPPSC and PEB.