Patwari said that the government had given free hand to private hospitals to loot patients.
Staff Reporter 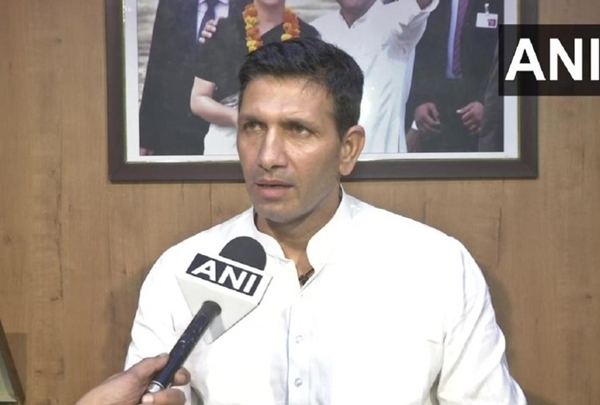 Indore: Working president of Madhya Pradesh Congress Committee and media in-charge Jitu Patwari on Wednesday targeted state government and district administration for ‘failing’ in managing Covid-19 and said that the government has left people to die on roads as hospitals are full.

Addressing a press conference outside Residency Kothi, Patwari said cases of Covid-19 will increase over 50,000 by Diwali but instead of taking care of the same, government is busy in Kalash Yatra and administration is busy in hiding the actual figures.

“Officially, 473 deaths have been declared by administration but the actual number is three times more. Administration is hiding actual figures on the direction of Chief Minister who only talks to control Covid-19 but endorse activities to spread the same,” Patwari said.

He added that BJP is distributing sarees worth Rs 100 and a water pot of Rs 70 to people in Sanwer in the name of Kalash Yatra but also "gifting" Covid-19 to them.

Patwari also targeted Minister Tulsi Silawat without taking his name and said that the only minister of Indore district was responsible for the spread of deadly disease in the state as he had gone to Bangalore when he was expected to take action for controlling it. Patwari said that the government had given free hand to private hospitals to loot patients. “Government is giving Rs 1.5 lakh maximum for treatment of a patient in hospitals where they have a pact while private hospitals are taking Rs 6-10 lakh for the treatment from the patient. Why is the difference and how a common man can pay such huge amount.

Government and administration should work again on COVID management and should develop temporary makeshift hospitals in Nehru Stadium or at Radha Swami Beas campus.

The Rau’s MLA also targeted administrative officials and warned them to be ready to face the music.

“Administrative officials are behaving like servants of BJP. They are playing double standard to Congress leaders and they should be ready to face the music as Congress will come into power again. Whether it is IG, SP, Collector, or TI, they should write what they have done with Congress activists and leaders,” he added.

Tehsildar stops Patwari, others to hold conference in residency

Much to the irk of Congress leaders, administrative officials didn’t allow them to hold a press conference in Residency Kothi. MLAs Jitu Patwari, Sanjay Shukla, city president Vinay Bakliwal, and Sanwer’s candidate Premchand Guddu were stopped by the officials including a Tehsildar from holding the press conference and also asked congress activists to vacate the venue.

Irate by the incident, Congress leader argued with the officials who in turn informed about an unscheduled programme. Later, congress leaders hold conference outside the Kothi by laying down a mattress.