MP Bypolls: BJP leader Imarti Devi breaks down at a rally in Gwalior, describes Nath as a ‘mad man’ 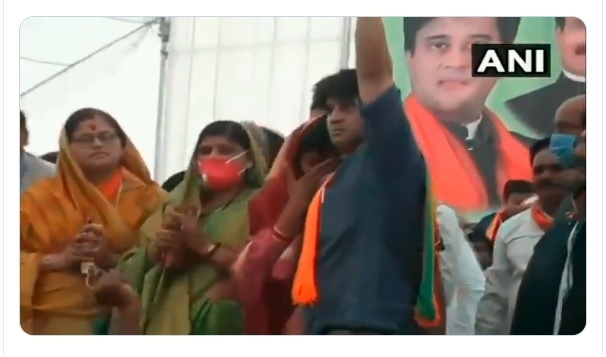 BJP leader Imarti Devi breaks down in front of party leader Jyotiradtiya Scindia, at a public rally in Chhimak village of Gwalior. Congress leader and former CM Kamal Nath had referred to her as "item", at a public event on October 18th.

The minister on Monday too broke down while talking to the media over the issue. She described Nath as a ‘mad man’ and said that he does not respect women of Madhya Pradesh, because he came from Bengal. The BJP leader claimed that she is being victimised as she belongs to Dalit and poor family, and this has given a chance to people to make such comments on her.

Kamal Nath had earlier sparked controversy after referring to BJP leader Imarti Devi as an "item" at an election meeting in the Dabra assembly constituency in Gwalior district. He had later clarified that he didn't remember the (person's) name and was reading from a list.