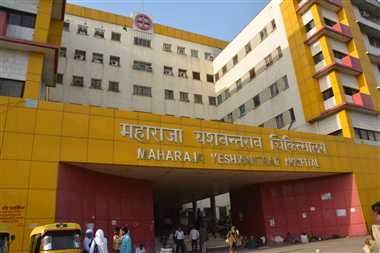 Indore :  An elderly woman patient admitted to MY Hospital, with multiple problems, died allegedly due to medical negligence of a staff nurse, who administered her wrong injection.

As the nurse accepted to her mistake, son of the deceased, Rajesh Singh, recorded her confession on his mobile phone.

“The nurse confessed giving wrong injection to my mother by mistake. I made a video clipping when she was admitting to the medical negligence,” claimed Singh, a resident of Shajapur district.

He demanded strict action against the accused nurse and filing of a police case. Following his complaint, MY hospital superintendent Dr AD Bhatnagar constituted a committee, comprising comprising Dr Sumit Shukla, Dr ND Punjabi and others, to probe into the charges.

“As of now, we can neither confirm nor deny that the woman patient was administered wrong injection and that she died because of it. Anything can be said only after post-mortem report comes. We have also setup an inquiry into the case,” Dr Bhatnagar said.

About son of the deceased claiming to have a video confession of the nurse, Dr Bhatnagar said that the hospital was not been provided any such clipping. “If the deceased’s son has the video clip he should produce it, either to me or to the committee setup to look into the case,” he added.

Three days ago, 62-year-old Sadhna Singh was admitted to the hospital following with low platelet count, uneven blood pressure and persistent fever. Doctors had removed cysts from her stomach and brain.

On Thursday night, the staff nurse allegedly gave immunoglobulin instead of albumin injection to the patient, following whcih she died.