MY Hospital docs save life after complex surgery
Staff Reporter 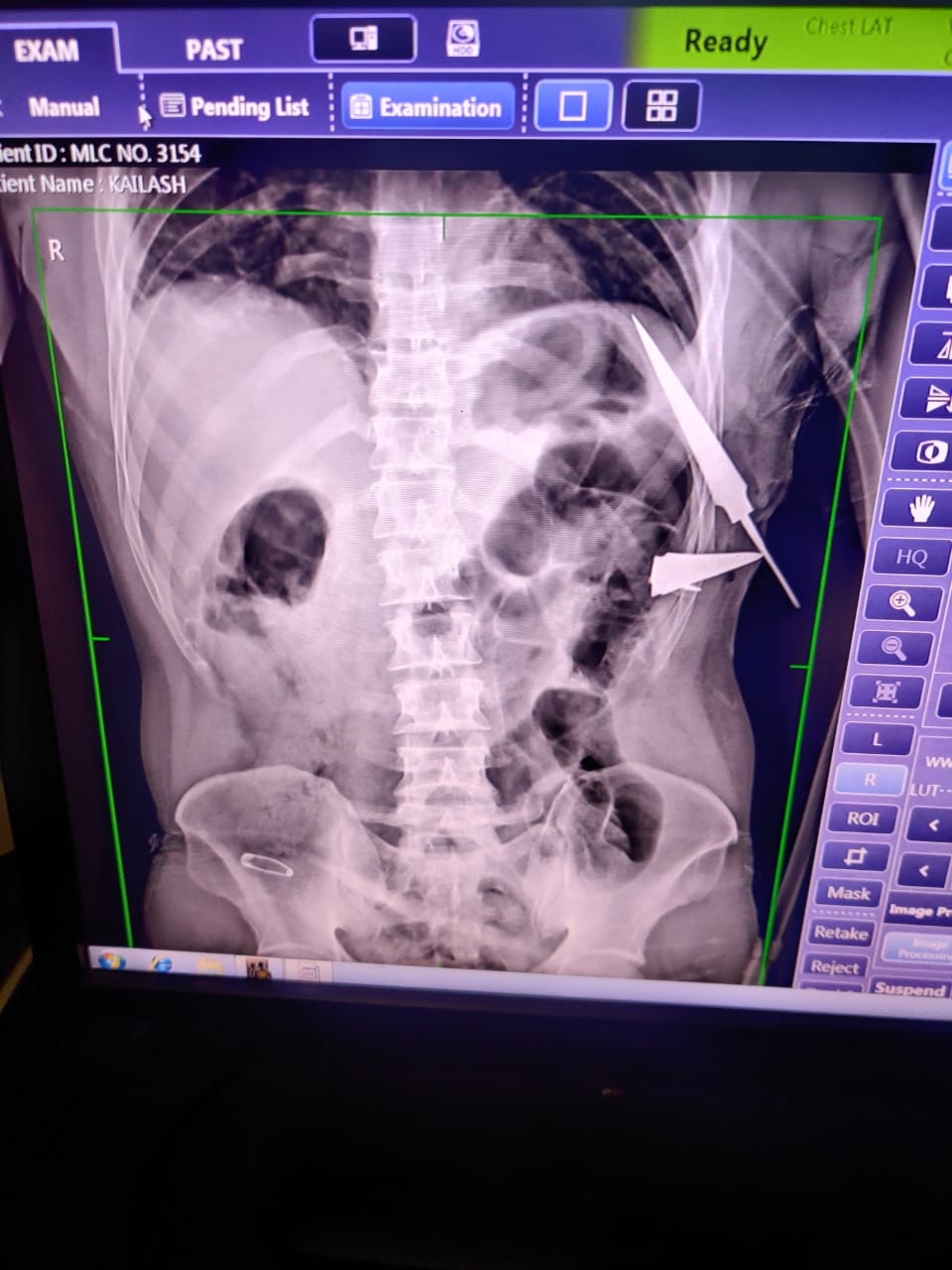 Indore: Doctors of Maharaja Yeshwantrao Hospital gave a new lease of life to a 30-year-old man by removing two arrow heads from his abdomen and chest after a complex surgery, performed on Saturday.

Any delay in surgery may prove fatal to the patient as one of the arrows had damaged patient’s liver while another was close to the heart.

According to surgeon Dr Arvind Shukla, Kailash, resident of Alirajpur reached MY Hospital on Saturday morning with two arrow heads stuck in his upper body. He informed the doctors that he was attacked by his brother during a dispute at their place. He reached almost after 10-12 hours of the incident and he travelled over 200 km with the stuck arrows.

“One of the arrows had damaged the left lobe of his liver while another was stuck on the left side of his chest, close to his heart. In a bid to remove arrows, he had broken the shafts and arrow heads remained stuck,” Dr Shukla said.

He added that due to the damaged liver, bleeding was continuous and his life was at risk.

Senior Resident Dr Deepika said on the direction of consultant Dr Manish Kaushal and Dr Arvind Shukla, they immediately prepared to perform surgery on the patient as already hours had passed as he came to Indore from Alirajpur.

“It was a complex surgery as the arrow heads of about 5-6 inches were stuck and already damaged his liver. The surgery lasted for 3 hours and we successfully removed the arrows. Patient is under observation in ICU and is recovering,” Dr Shukla added.

Doctors said another surgery of a deep stab wound was performed and it was already challenging to perform surgeries in COVID-19 spread.