Electronic lock was installed in car and keys were with Vinay. Consequently, the car couldn’t go further than Rajrajeshwari Dham. Culprits fled with cash, gold and silver jewellery.

Maheshwar (Khargone district, Madhya Pradesh): Four people made an abortive bid to kidnap a jeweller from Dhamnod but succeeded in running away with gold and silver jewellery on Tuesday night.

According to information, four unidentified people made attempt to kidnap and rob jeweller Narsingh Saraf, 44, resident of Maheshwar, who lives in Dhamnod in Dhar district. The incident that occurred at 9 pm made all the businessmen of the area anxious and they gathered at the police station.

Jeweller Vinay Narsingh Saraf was going towards Maheshwar in his Nexa S-Cross car carrying gold and silver jewellery. His car was stopped by four persons who were dressed in police uniform in Dahiwar village in front of Sai Mandir.

They told him that his old case has been reopened and Superintendent of Police wanted to meet him immediately. All the four hopped in his car and one of them sat near driver’s seat. They started towards Dhamnod and didn’t stop even at the police station of Dhamnod and kept moving ahead.

When the car reached Maheshwar Fata, Saraf jumped out of the car with difficulty and saved his life. Electronic lock was installed in the car and the keys were with Vinay. Consequently, the car couldn’t go further than Rajrajeshwari Dham. The culprits fled with the cash, gold and silver jewellery and left the car on the spot.

On receiving information, the police inspected the crime scene and set up a blockade in the whole area. The police search is on. 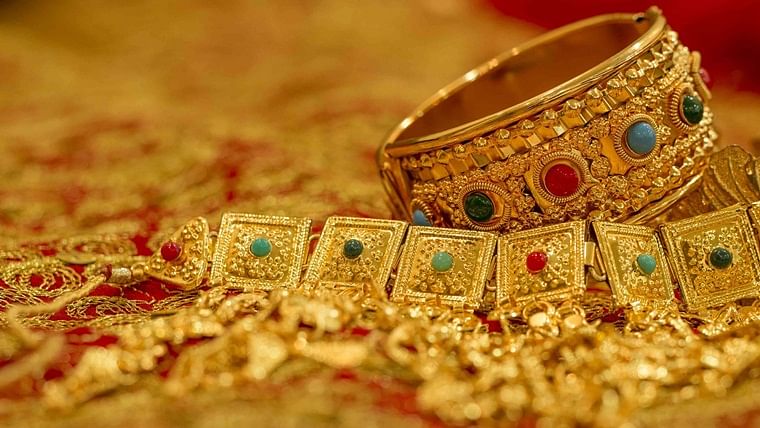